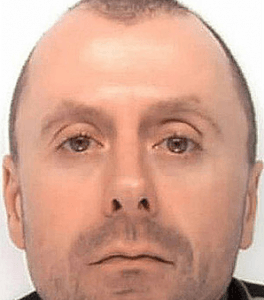 McDermott, 42, is wanted for his role in a conspiracy to import £71 million worth of cocaine into the United Kingdom in 2013.

He was apprehended in Ghana on March 11, this year, based on an extradition request issued by the British High Commission to the Foreign Affairs Ministry of Ghana.

Earlier the fugitive was held for engaging in prohibited business relating to narcotic drugs. He pleaded not guilty when he appeared before an Accra Court on March 14.

Currently he is being held over conspiracy to supply cocaine.
At the High Court on Thursday, Detective Sergeant Mawuko Siaw, the investigator, continued to answer questions under cross examination by Mr Victor Adawudu, the fugitive’s lawyer.

Sgt. Siaw told the court, presided over by Mrs Justice Merley Wood, that he had a warrant which gave him the authority to arrest McDermott.

According to him the fugitive was arrested between the hours of 0600 and 0700 hours on March 11, this year.When defence counsel asked witness whether he could provide the warrant, he said the documents were part of the depositions tendered in court.

Sgt. Siaw said the arrest warrant was issued by Graham Roberts, a District Judge at Liverpool.

When asked whether he had warrants from Ghana to arrest the fugitive, Sgt. Siaw said: “I had one from the Liverpool District Magistrate Court and that was made available through the British High Commission in Ghana and the Ministry of Foreign Affairs and Regional Integration.”

According to him the arrest warrant was also supported by an Arrest Warrant issued by the Ministry of the Interior.

Sgt. Siaw said he obtained authority per the extradition request issued by the British High Commission and other documents tendered in evidence.

Witness noted that the warrant was issued by the Minister of the Interior on March 11, this year.

The investigator said he found those documents enough to arrest McDermott.

When the investigator was quizzed for acting unprofessionally and arresting the McDermott unlawfully, Sgt. Siaw told the court that; “I did not do anything outside the powers vested in me as a police officer. I can also arrest with or without a warrant so far as crime has been committed.”

When defence counsel challenged Sgt. Siaw that the date on the documents emanating from the Ministry of the Interior had been erased or falsified, he said “that was the form of the documents before it was carried to the Interior Ministry to my office.”

On May 16, 2013, McDermott and four others were said to have held a meeting at KFC in Liverpool UK and discussed the importation of the 400kg of cocaine that was intercepted in beef imported from Argentina.