Email scams said to cost companies some $2b in two years

March 3, 2016 ICT Comments Off on Email scams said to cost companies some $2b in two years 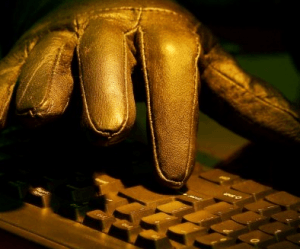 The US Federal Bureau of Investigation (FBI) says some companies have lost more than $2 billion over the past two years to what it describes as “CEO fraud” or “business email crime”, according to a report by the Financial Times.

The fraudsters are said to impersonate email accounts of CEOs and ask employees to transfer money to an overseas bank account. By the time the company realizes it was a scam, the money is already lost.

Citing the FBI, the publication said there has been a sharp rise in such scams, indicating that while $1.2 billion was lost between October 2013 and August 2015, through the scam globally, the losses increased by an additional $800 million over the last six months.

The Times notes that US authorities estimate the average amount a company has been duped of is $120,000. However, there are companies who have been defrauded by as much as $90 million. The scam has been allegedly reported in as many as 108 countries., according to the report.

“Criminals don’t have borders and this is a global problem. It’s easy. All you need is a computer”, James Barnacle, chief of the FBI’s money laundering unit was quoted as saying.

The report noted that much of the money end up in offshore accounts in Asia and Africa.

Meanwhile, a survey conducted globally by Mimecast, an international email security and email cloud archiving company, has found that 65 per cent of businesses are ill-equipped to defend against email-based cyber attacks.

Mimecast’s “Business email threat report 2016: Email security uncovered” which surveyed 600 IT security professionals, found that while 64 per cent regard email as a major cyber security threat to their business, 65 per cent do not feel fully equipped or up to date to reasonably defend against email-based attacks.

The threat of email hacks against businesses is massive as the use of email is an integral part of majority of businesses.

Of the 600 surveyed by Mimecast, only 35 per cent feel confident about their level of preparedness against hacks and data breaches.

Of the 65 percent who don’t feel fully prepared against future potential attacks, almost half have experienced such attacks in the past.