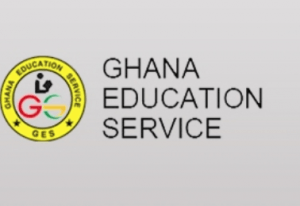 The Ghana Education Service (GES) has responded to the grievances and notifications of intended industrial action by Teacher Unions due to non-payment of salary arrears.

The Director General of the GES, Mr Jacob Kor, at a press conference on Friday, said the non-payment of salary arrears to 2013 and 2014 batches of newly recruited teachers, was due to processes they had to go through.

These processes include collation of names of affected teachers and validation of the claims before payments were made and this has also affected teachers on promotion and others who were to be re-instated into the service.

Mr Kor said the GES was scheduled to pay salary arrears on or before 30th June, 2015, under the auspices of the Chief Director of the Ministry of Finance but later detected that some teachers were holding fake documents and certificates to support their claims while others were not at post.

He said out of the 14,575 input forms that were initially submitted for processing and payment, 6,268 were found to be genuine with all supporting documents, while the remaining 8,307 were queried by the Audit Service.

The Director General said as at December 31, 2015, the genuine list of 6,268 affected teachers were re-submitted through the regional education offices to the GES Headquarters by the district education offices, while 7,750 supplementary input forms were awaiting submission to the Audit Service.

“A decision taken at a technical meeting in the presence of the teacher unions have submitted a data of 7,590 applicants to the Fair Wages and Salaries Commission with copies to the Ministry of Finance.

“Also, an amount of GH¢1,235,244.00 have been made as vehicle maintenance allowances to deserving teachers,” he said.

Mr Kor stated that the payment of those allowances went through verification processes to know the genuineness of the claims and, therefore, urged teachers to exercise patience because all outstanding issues would be addressed.

He said there was surplus money left and I see no reason why people should go on strike despite all efforts by the National Labour Commission, Fair Wages and Salaries Commission, Controller and Accountant General, Ministry of Finance, GES, Ministry of Education, Ministry of Employment and Labour Relations, to resolve the problem.

He said: “the exercise to scrutinize documentation of all staff will continue until all bad nuts are removed.”

“Metropolitan, Municipal and District Directors of Education have to be diligent in scrutinising claim documents submitted by all GES staff.

“Management of GES wishes to appeal to the teacher unions to exercise restraint as we all work together to ensure that all claims are properly validated to facilitate any outstanding payments,” he said.