Home / Editorials/Opinion / Inside the News by Mpakoo - All pieces appearing in this column are satire / The God of TB Joshua, the God of Pastor Chris, and the Government of Ghana

February 8, 2016 Inside the News by Mpakoo - All pieces appearing in this column are satire Comments Off on The God of TB Joshua, the God of Pastor Chris, and the Government of Ghana

So please bear with the president while he does all the good works which President Mills refused to do. As for the NPP government that Kufuor led, we all know that they’re terrible and useless, but Mahama wants you to know that our pious, Christ-like Atta Mills was as sinister as Kufuor, and didn’t do one single thing to help create jobs or solve the energy problem.

But if you want the strongest proof that Mahama is definitely not Mills, look no further than their respective choices of pastors: Mahama opts for Pastor Chris, while Mills selected TB Joshua.

TB Joshua is ‘colo’ and raw. TB Joshua can’t slang. TB Joshua sports an afro, just like they used to do when Kwame Nkrumah was chilling with the Big Six. Yes, the prophet is ‘colo.’ And he specialises in catching witches. No wonder President Mills took an instant liking to him.

Now, which of these pastors is capable of delivering the Government of Ghana from the series of crises (oops, challenges!) facing it? TB Joshua is macho. Pastor Chris is effete. TB Joshua has work experience in dealing with witches and other spiritual beings known in the West African area. Pastor Chris only works on the spiritual problems of the middle class and CEO club.

Now tell me: which of these two pastors can fight the thieving dwarves in the vaults of the Bank of Ghana?

The ‘colo,’ afro, macho TB Joshua can stand the Old Evil Dwarves in the NDC. As for Pastor Chris, he cannot even fight the Children with Sharp Teeth. And he stands no chance against the Dwarves. Even Kyeiwaa will floor him pasaa! 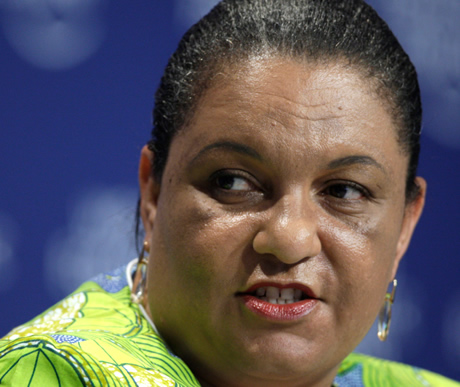 The Minister of Foreign Affairs and Regional Integration, Hon Hannah Tetteh, has responded to critics …