John Terry to leave Chelsea at end of season

February 2, 2016 Sports Comments Off on John Terry to leave Chelsea at end of season 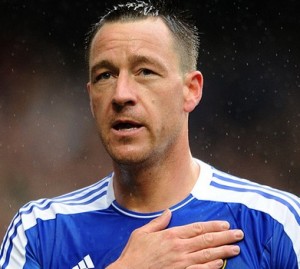 Chelsea captain John Terry will leave the Premier League champions at the end of the season.

The 35-year-old defender told media Sunday that his contract will not be renewed.

“It’s not going to be a fairytale ending – I’m not going to retire at Chelsea”, he said following Chelsea’s 5-1 FA Cup win over MK Dons.

Terry said he’ll continue his career but not at another Premier League club.

“It will be elsewhere for sure”, he said. “I don’t know where, and I leave that to the people in charge.”

Terry joined Chelsea at 14 and made his debut for the club in 1998.

Jose Mourinho made Terry captain when he was hired as manager in 2004, and the Blues went on to win just their second league title that season.

Terry said he was told before last week’s Arsenal game that he would not receive a new contract.

“They said that when the new manager comes in, things might change”, he said. “It’s a no at the minute. I needed to know now like I have done every January, and sometimes it takes a couple of months to get done. Unfortunately, it was a no.”

Chelsea have floundered in defence of their Premier League title. They sit 13th in the table, 19 points behind leaders Leicester City and just seven points clear of the relegation zone.

Mourinho was fired last month, and the Blues have rebounded, going unbeaten in nine games under interim boss Guus Hiddink.

They are in the final 16 of the Champions League and have reached the fifth round of the FA Cup.

“It’s a big season for me, and I want to push on – not just in this competition but in the Premier League as well.”

The center back has won 14 trophies with the Blues: including four Premier League titles, five FA Cups, three League Cups and the 2013 Europa League. Chelsea won the Champions League in 2012, but Terry missed the final through suspension.

“The club will move on,” he said. “No player is ever bigger than the club. Ideally I would have loved to stay, but the club’s moving in a different direction.”