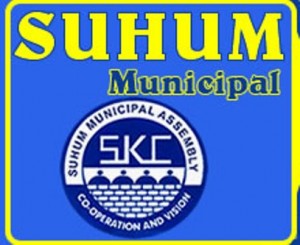 Suhum Municipal Assembly has finally confirmed the President’s nominee Ms Margaret Ansei, as the Municipal Chief Executive (MCE), with 38 votes out of 40, representing 98 per cent.

Ms Ansei, the first woman to be nominated to that position, is also the National Democratic Congress parliamentary candidate for Suhum.

She holds a Master’s degree in International Trade, from Anhalt University in Germany.

She was nominated by the President, to fill the vacancy after the former MCE, Mr Samuel Kwabi, resigned last December.

Mr Antwi-Boasiako Sekyere, the outgoing Eastern Regional Minister, thanked the Assembly members for approving the choice of the President and urged them to support the MCE in the development agenda for the people’s benefit.

He said politics is all about development and therefore irrespective of one’s political affiliation, assembly members must work diligently and honestly according to the rules governing their positions to improve the wellbeing of the people they represent.

Ms Ansei, in her acceptance speech thanked the assembly members for the confidence reposed in her and pledged to work in unity with stakeholders of the assembly including the traditional rulers and civil society organisations.

She called on the assembly members to build consensus and always use bipartisan approach in building and developing the municipality.