January 28, 2016 Africa/International Comments Off on Zimbabwe’s use of China currency no simple fix for economy – Moody’s warns 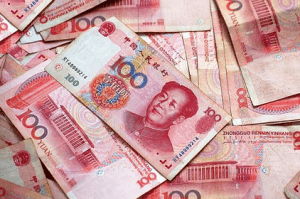 Ratings agency, Moody’s has warned that Zimbabwe’s decision to use China currency, the yuan would neither fix the country’s struggling economy nor address its credit challenges.

In a report issued today January 28, 2016, by Moody’s Investors Service and copied to ghanabusinessnews.com, the agency said while Zimbabwe’s plans to increasingly use China’s yuan in the domestic market might increase Chinese investment and boost bilateral trade, it will not by itself fix the structural challenges that constrain the country’s credit profile.

The report, which is an update to the markets and does not constitute a rating action cites a Moody’s Vice President — Senior Analyst and co-author of the report, Zuzana Brixiova as saying, “Under any currency regime change, sustained structural reforms and sound macroeconomic policies would help to strengthen investor confidence in the country and help address external competitiveness challenges.”

The report notes among other things that beyond the overvalued real exchange rate under the multicurrency regime, key bottlenecks in Zimbabwe’s economy include a high public sector wage bill that accounts for more than half of fiscal expenditures, the risk of policy reversals and relatively inflexible labour markets.

The report acknowledges that  Zimbabwe has gradually been reforming its business environment, particularly under the IMF Staff-monitored programme in an attempt to encourage more foreign direct investment (FDI), consolidate fiscal position and boost growth.

“The planned expansion of the yuan’s role, if implemented, could reduce the overvaluation. It may also lead to more investment from China and foster more trade between the two countries through lower transaction costs and reduced exchange rate risks,” the report notes.

Zimbabwe launched its multicurrency regime in 2009 –  its currency currently largely anchored to the US dollar – has helped the country to restore growth and tame hyperinflation.

“However, Zimbabwe still faces growth and competitiveness challenges that stem partly from persistent currency overvaluation. Among the practical challenges of increasing the presence of the yuan in the domestic market are liquidity shortages and the Zimbabwean population’s practice of using the US dollar rather than other currencies already available under the multicurrency regime. In the near future, the use of China’s yuan in Zimbabwe will likely be limited to trade between the two countries,” the report says.