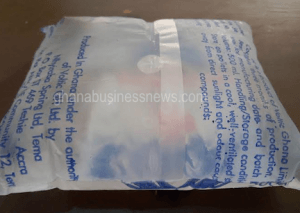 The National Association of Sachet and Packaged Water Producers (NASPAWAP) has increased the price of sachet water from 20 pesewas to 30 pesewas effective February 1, 2016.

Mr Magnus Nunoo, Chairman of NASPAWAP, at a news briefing said the price adjustment was due to the streamline operations on the market especially raw materials used in the production of packaged water.

Utility prices, high cost of rubber and labour and the devaluing of the cedi are the major cause of the price hike on sachet and packaged water, he added.

According to him the utilities hike up has hit them and they must get their head above water to survive the economic crisis.

Mr Nunoo said the utility rates placed on water by the Public Utilities Regulatory Commission (PURC) is discriminatory and it must be standardised.

Moreover, the production of alcoholic beverages is highly promoted and water production discouraged he said.

Mr Nunoo said the Ghanaian entrepreneur who employs many of the citizenry is being discriminated against.

“It baffles our minds why the PURC will show such bias in fixing rates for the industrial or commercial consumers”.

“If the progressive system is still in place then why the bias, which tends to favour companies that produce alcoholic beverages and soft drinks with its health, risks on consumers.”

“If there must be any price discrimination it must be the flipside, where water produces will have to pay lower rates since they distribute water to emerging and new communities where the Ghana water pipes are not there yet,” Mr Nunoo said.

Mr Kwame Agyapon-Ntra, Public Relations Officer of NASPAWAP in an interview with the Ghana News Agency said in the past utility companies invited them to partake in their meetings but this time round they were not contacted at all, contrary to the assertions made by the PURC that wide consultations has been made.

“On the contrary frantic efforts must be made to contact them that water tariff was going to be the highest rates among the charts.

“We call on the PURC to come out with reduced and fair charges for all commercial and industrial users,” he said.

Mr Agyapon-Ntra said the PURC must standardise the rate of water for all industrial users be it sachet water, bottled water, soft drink producers.

He said the progressive system must be made to work to determine the final bill that companies have to pay rather than the seemingly subsidy offered to some industries.