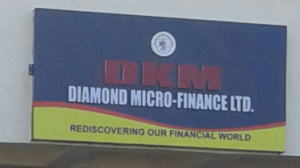 The Bank of Ghana (BoG) has advised customers of DKM Micro-Finance Limited and Jastar Motors and Investment Savings in the Brong-Ahafo Region to exercise restraint, as it initiates the process to pay them their cash deposits.

According to the Central Bank, the only option left is to take inventory and liquidate the assets of the companies to repay the customers.

The BoG would go through the process of liquidating the Companies, take over their assets and appoint a liquidator to sell the assets and use the proceeds to repay depositors their monies, Mr. Amanfu assured.

Millions of cash deposits of customers of the DKM, Jastar Motors, God is Love Fun Club, Perfect Edge and others in the illegal savings business in the region were locked up, following the BoG’s move in 2015 to stop the companies from continuous operations due to their violations of the savings and banking laws and regulations.

Mr. Amanfu said that BoG stopped the companies from operating after they had on a number of times defied the Bank’s directives and continued to operate contrary to the rules of the banking industries.

He clarified that it was not true that the central bank had frozen the accounts of DKM and Jastar Motors, which contained cash deposits of the customers because “the BoG does not keep deposits of micro-finance and savings companies”.

Meanwhile, some aggrieved customers of the savings companies have expressed disappointment over the operations of the central bank.

Some of the customers told the GNA that the forum was unnecessary, describing it as a calculated attempt by the Bank of Ghana to throw dust in the eyes of the general public.

According to the visibly angry customers, the Bank had failed in the discharge of its constitutional mandate and it could not do anything to satisfy them.