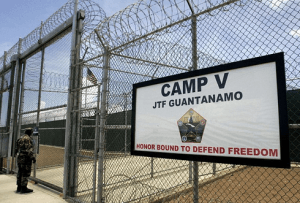 The Bureau for Internal Affairs (BIA), a centre for intelligence gathering on public concerns, says the public outcry about government’s decision to resettle two former Guantanamo detainees and other refugees in the country is a source for security concern.

The BIA noted that the US and the International Criminal Court for Rwanda’s choice of Ghana for the resettlement of the refugees, was based on how reliable the country’s security is and “as a nation we should rather hail and not vilify the move”.

Mr Thomas Mills, Director of Monitoring at BIA, said in a statement issued on Friday, January 9, 2016, that refugees from Togo, Ivory Coast, Sierra Leone and Liberia have been resettled in the country including ex-combatants and this did not pose a threat to national security.

“Our tone, emotions and expressions should be the source of concern and not the refugees,” the statement said.

Government announced, in a statement signed by Hanna Tetteh, Minister of Foreign Affairs and Regional Integration, that it has responded positively to a request to assist in the resettlement of a number of persons from Rwanda and Yemen.

The statement said government took cognisance of the grave humanitarian crisis in the Middle East and decided to provide refuge to some displaced persons in Syria who have relatives in Ghana.

It said prior to winding up its affairs on the 31st of December 2015, the Government was approached by representatives of the International Criminal Tribunal for Rwanda to resettle some of the persons who were tried and had either been acquitted and discharged or had been sentenced and had served their time but did not find it appropriate to resettle in Rwanda.

“At the request of the US Ghana has agreed to accept two detainees of Yemeni origin who were detained in Guantanamo but who have been cleared of involvement in any terrorist activities and are being released”, the statement said.

It explained that the refugees are unable to return to Yemen at the moment “and we have indicated our readiness to accept them for a period of two years after which they may leave the country.”

“In all instances the persons who are being allowed into the country are subject to security clearance and their activities will be monitored during their stay in the country.”

“Ghana recognises that as a member of the international community we have a responsibility to assist in international crises situations having regard to our own resources and capacity to assist, and it is in this regard that the Government has decided to take these actions.”

“We wish to assure the public that in doing so we are cognizant of the need to protect the safety and security of our own citizens and are taking all the necessary steps to ensure that is done.”