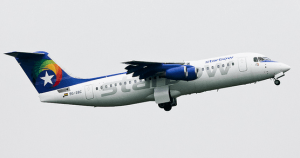 The severe harmattan condition and its accompanying poor visibility has drastically affected domestic flights patronage, resulting in about 75 per cent reduction in the number of passengers.

Starbow, which operates domestic flights from Accra to Takoradi, Kumasi, Sunyani and Tamale three times a day, halted movements of its aircraft to those locations for the sake of safety and health of clients.

Mr Antwi said the company resumed full commercial flights to its destinations on January 6 after almost a month’s break.

He suggested that the government should acquire aviation equipment and install them at the local airports to facilitate reading of the weather so that domestic airline operators could take precautionary measures.

According to Madam Herty Hammond, Station Supervisor of Starbow at the Takoradi Terminal, each flight bears 65 passengers and fares range from GH₵ 310 to GH₵ 365, while prospective travellers who purchase their tickets a week earlier enjoy reduced rate.