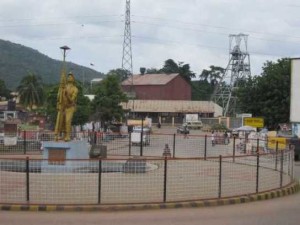 Mr. Richard Ofori Agyeman Boadi, the Municipal Chief Executive (MCE), described this as not healthy and said the non-release of expected funds from the central government was to blame.

On internally-generated funds (IGF) mobilization, the MCE said the assembly did not do badly during the period.

Mr. Boadi said despite the revenue challenges, it was able to tackle 39 development projects across the municipality and that 23 of these were successfully completed.

Work on eleven of the projects are steadily progressing while two of the remaining five are being re-packaged to be re-awarded.

He announced that contract for two of the projects had been terminated with work on one other having stalled.

The MCE spoke of efforts to put roads running through the area into good shape and said already a number of them had been rehabilitated, including the 3 km Diawuoso-Ayease, 4.2 km Mamiriwa and 2.2 km Jimiso Junction-Jimisi roads.

He called for effective working partnership among the assembly members, unit committees, chiefs, religious and other opinion leaders to speed up the socio-economic progress of the municipality.