December 21, 2015 General News, Lead Comments Off on US government puts $700m into supporting gay rights around the world – Report 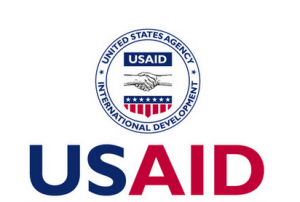 The United States government through its Agency for International Development, USAID has in the last four years spent $700 million supporting gay rights groups and activities around the world, according to a report by the New York Times.

The report suggests that since 2012 the Obama Administration through USAID pumped this amount into efforts to get countries around the world to adopt gay rights and freedoms, and half of that amount has gone to countries in sub-Sahara Africa.

“Four years ago, the American government embarked on an ambitious campaign to expand civil rights for gay people overseas by marshaling its diplomats, directing its foreign aid and deploying President Obama to speak before hostile audiences,” the report said.

But according to the report, the effort is backfiring, as it is instead triggering hostilities towards gay people and leading to the revival of laws on the books of some of these countries that have been long forgotten.

Some have described the action as ‘the US’s cultural imperialism’, claiming the US is trying to force its cultures on others.

Ghana is one of the countries that have resisted the bid to get the country to amend its laws to expand freedoms and rights for gay people.

The Late President John Evans Atta Mills is on record to have said that Ghana will not support homosexual practices. He once told reporters in Accra that Ghana stands by its position that homosexuality is against the culture and norms of Ghanaians and the government would not go against the wishes of the people.

He argued further that the government would not support gay practices for as long as the people frown upon it.

Ghanaian traditional and religious leaders have been vocal in the condemnation of the calls on the country to grant gay people rights.

The National Chief Imam, Sheik Nuhu Sharabutu once issued a warning to President John Mahama not to allow gay rights in the country. He cautioned that if that happened, the country would incur the wrath of Allah.

Traditional chiefs have also added their voices to the calls, denouncing gay activities as unacceptable in Ghanaians society.

The Ghanaian Christian community has equally been vociferous in its condemnation and rejection of gay relations and  gay rights.

The head of the Presbyterian Church of Ghana was reported recently to have said that the church would never endorse homosexuality. The Ghana church subsequently cut ties with the New York congregation over the issue.

Gays in Ghana have been targeted, ostracized and in some cases they have suffered violence. They have very little access to healthcare.

While the country’s laws are said not to have clearly made gay relations illegal, there have been cases where people found guilty of sodomy by the courts have been jailed.