Bear with us while we end corruption on December 31 by 11:49pm – Government 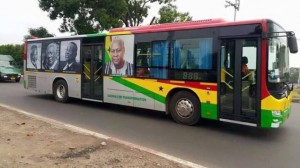 The Flagstaff House has tried to assuage the anxieties of Ghanaians regarding the rising spate of corruption scandals with a press statement assuring the public that the government promises to finish the plunder of state resources before midnight of the December 31, 2015.

‘Although government is fully committed to eradicating corruption, this cannot be done overnight. These kinds of things take time and planning. That is why we have been working extra hard these past few years to ensure that by the end of 2015, corruption will be a thing of the past. So if you are seeing an unprecedented rise in gargantuan corruption schemes which are unprecedented in their sheer power to boggle the mind, be encouraged. It only means that we are achieving our aim of ending corruption by 11:49 pm on December 31, 2015,’ the statement read.

The statement further promised that being an election year, the government had made a resolution to make 2016 ‘corruption-proof.’

‘2015 is, thus, our last chance to steal as much as possible. We have less than two weeks left to do this. So kindly bear with us; it is going to be relatively quick and painless!’ the statement indicated, and added that members of the government who wanted to steal but haven’t yet done so have been informed of the deadline and are probably now busy at work stuffing their pockets and other crevices of the body which can store wads of cash.

A source at the Flagstaff House, whom we reached for an explanation, only answered with a few words of the most profound wisdom: ‘The Gas say that the earlier you received the slap that you know is already destined for your cheeks, the better it would be for all parties involved!’

However, speaking privately on the matter, a government spokesperson said that like many other promises of the government, this assurance to end the rape of the state may or may not be fulfilled by the stipulated deadline.