Young Ghanaian to be awarded by Queen Elizabeth II 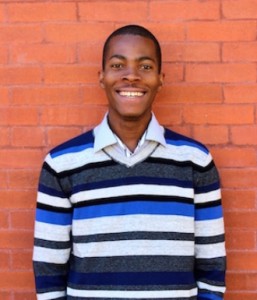 Twenty-two year-old Ghanaian Paul-Miki Akpablie has been named among 60 young exceptional leaders from the Commonwealth to be honoured by Queen Elizabeth II with the prestigious Queen’s Young Leaders Award.

Paul was selected in recognition of his work in extending solar-powered technology to rural communities.

The Queen’s Young Leaders Programme was established in 2014 by The Queen Elizabeth Diamond Jubilee Trust in partnership with Comic Relief and the Royal Commonwealth Society to celebrate and support young leaders.

The statement said this year’s winners are people from all over the Commonwealth aged between 18 and 29, working to support others, raise awareness and inspire change on a variety of issues including education, climate change, gender equality, mental health and disability equality.

Dr Astrid Bonfield, Chief Executive of The Queen Elizabeth Diamond Jubilee Trust said: “Once again 60 incredible young people from around the Commonwealth have shown strength, leadership, empathy and drive. Some of our winners are just embarking on their leadership journey and others are more established. Either way, we recognise not only what these amazing young people have achieved, but also their potential in changing people’s lives for the better in the countries and communities in which they live.”

Paul-Miki Akpablie was quoted as saying: “I am so honoured to be part of the Queen’s Young Leaders programme. I developed the Kadi Energy, a long-lasting battery that uses solar power to charge, after discovering many people spend a large proportion of their income on charging mobile devices. It contains enough power to keep a mobile phone in standby mode for seven days. We have also trained 40 young people as agents to distribute the products. The technology is currently being used by 2,000 people living in rural areas.”

Of democracy versus development: the Ethiopian dimension