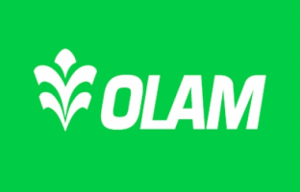 The Economic and Organised Crimes Office (EOCO) has accepted results of lab tests done on the margarine imported into the country by Olam Ghana, and it shows the product is wholesome.

It will be recalled that ghanabusinessnews.com reported on October 20, 2015 that Olam Ghana, the subsidiary of multinational food giant Olam, was caught by officials of the Customs Division of the Ghana Revenue Authority in Tema while the company was attempting to repackage margarine which ‘Expiry Date’ had passed.

The company on September 29, 2015 was found by customs officials as its employees were in the act of repackaging some quantities of margarine into new cartons with extended expiry dates. The expiry date printed on the product by the manufacturers had passed.

Following the Customs action, and after sealing off Olam Ghana’s warehouse, they called in the Food and Drugs Authority (FDA), which subsequently shut the warehouse with its own locks.

An FDA official told ghanabusinessnews.com that the Authority determined that the margarine was wholesome and fit for consumption when it examined the lab report produced by the destination inspection company SGS and validated it. But the FDA instead of extending the shelf life of the margarine as requested by Olam, proposed in June to supervise the distribution of the product, exclusively to end-user bakeries that would use the margarine immediately, to avoid any danger to the public through retail.

However, three days after our report, when Olam Ghana had called the FDA to supervise the distribution, the EOCO stepped in, took over the case and requested an independent test on the margarine from the FDA itself by November 13, 2015.

The FDA tested the product and found it to be wholesome, its officials have told ghanabusinessnews.com. The report was subsequently submitted to the EOCO.

Following that, EOCO wrote to the FDA accepting the outcome of the lab tests.

“We are now waiting for Olam Ghana to call us to do the controlled distribution,” the FDA told ghanabusinessnews.com.

A spokesperson of Olam Ghana couldn’t tell ghanabusinessnews.com when the controlled distribution would be done.