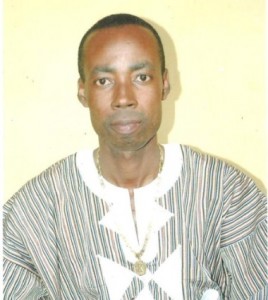 The 2014 Central Regional Best Farmer, Mr Robert Crentsil, has expressed his displeasure with the delay in releasing the corn mill machine supposed to be part of the award given to him by government.

According to Mr Crentsil, he was presented with an ecolack bag, wellington boots, tricycle, full piece of cloth and cutlasses with a promise that the corn mill would be released to him later.

Mr Crentsil, affectionately called Bob made this known to the press at the 31st Central Regional National Farmers and Fishermen Day celebration at Breman Asikuma where over 70 awards for 2015 were given to farmers and fishermen drawn from eight districts of the region.

Mr Crentsil said he felt he had been deceived by those who honoured him adding that this single act could discourage many from joining the farming profession.

The 2014 Best Award Winner said he was disturbed by the undue delay and called on “government to be truthful and fulfill its promises to award winning farmers and fishermen”.

Mr Crentsil, however, appealed to government to continue investing in agriculture as this could reduce the high costs in the importation of food.

The 2014 Central Regional Best Farmer called on the government to put in place measures that could assist the farmers and fishermen to produce more for local consumption and foreign exchange.