Osahene Major (Retired) Kojo Boakye-Djan, the National Democratic Congress (NDC) Chairman for Jaman South on Thursday resigned to pave way for his re-election as the Party’s Parliamentary candidate for the Election 2016.

Osahene Boakye-Djan, who unsuccessfully contested the seat on the ticket of the NDC in Election 2012, tendered in his resignation at the Party’s local office at Drobo, in the Brong-Ahafo Region soon after the submission of his nomination forms to a section of the Constituency executives.

Receiving the forms and the resignation letter, Mr. Pierre Kwabena Ankomah, Constituency Secretary, commended the former Chairman for his comportment in the nomination process and also during his tenure of office as Chairman.

Mr. Ankomah advised Osahene Boakye-Djan’s followers, some of them clad in party paraphernalia, to support him massively by conducting themselves well throughout the campaign for the primaries and beyond, stressing that, it must be conducted with decorum, devoid of vilifications, insinuations and internal wrangling to prevent any acrimony among the NDC family in the constituency.

The Secretary, however, sounded a word of caution to any executive member of the Party, who would openly canvass for support for any aspirant, saying that, it must not be done, because its net effect would be a division in the Party.

Addressing his supporters, Osahene Boakye-Djan said he was motivated and committed to reclaiming the seat, which hitherto belonged to the NDC to give the constituency an outstanding face-lift.

By the close of nomination at 1700 hours on Thursday September 10, 2015, three out of five Parliamentary aspirants, who picked up forms had filed their respective nominations. 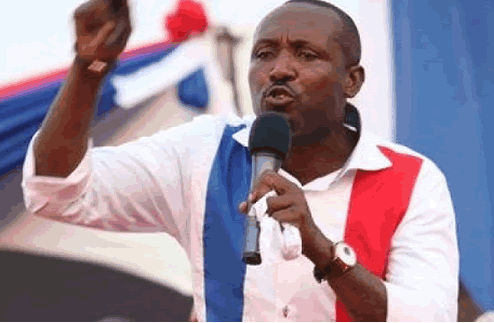