The Africa Centre for Energy Policy (ACEP), has appealed to government to pass a Public Investment Management Law, to ensure the judicious use of money accrued from the oil industry.

The Centre said, spending of resource revenues should be based on a comprehensive public investment plan, which must make a cost-benefit analysis a mandatory requirement for selecting projects funded with resource revenues.

Mr Ismael Ackah, Head of Policy Unit, ACEP, made the call on Thursday in Accra at the launch of a report christened: “The Role of Extractive Resource Revenues in Bridging the Financial Gap in pro-poor sectors in Agriculture, Education and Heath.”

The report sought to track budgetary allocations in these pro-poor sectors, including extractive resource revenues and major development achievements, and determine the size of the financing gap in education, health and agriculture.

It also aimed at determining the extent to which extractive resource revenues could bridge the financing gap to meet the development objectives of these sectors.

Mr Ackah said government spending of Annual Budget Funding Amount (ABFA) over the period 2011 to 14,  indicated that there was inefficient allocation of revenues, “which were distributed thinly over many sectors and projects, leading to time over-runs and cost over-runs for most of the projects funded with petroleum revenues.”

Mr Ackah said it was important to apply the ABFA to fully fund pro-poor sectors, to make quick development impact in the country, “rather than the current practice in which the ABFA is distributed to non-essential projects across many sectors like the office of government machinery.”

He said Section 21(Five) of the Petroleum Revenue Management Act (Act 815) required the Government to prioritize not more than four areas for the use of ABFA.

“Given the level of financing gap in the pro-poor sectors of agriculture and health, it may be appropriate to reduce the priorities to two sectors, to ensure that they are fully funded to deliver quality services and development to the people,” he added.

Mr Ackah urged government to consider developing a legal framework similar to the Petroleum Revenue Management Act (Act 815), to ensure the tracking of mineral revenues and enhance transparency and accountability in public spending of the country’s mineral wealth.

“The use of petroleum revenues for capital investment must be encouraged, as it does not only fulfill the requirement of Section 21(4) of the Petroleum Revenue Management Act (Act 815), but also builds the capital base of the economy to accelerate medium to long-term economic growth.”

Mr Benjamin Boakye, Executive Director, ACEP, said the Government’s Reconciliation Report for the 2014 fiscal year, showed that there was no expenditure made in the health sector from ABFA in 2013, an action he described as undermining budget credibility.

He recalled that in 2011, 53.6 per cent of the total budget allocation to food and agriculture came from donors,  and reduced to 46.7 per cent in 2013, which was attributed to increased ABFA allocations.

Mr Boakye noted that between 2011 and 2012, the allocation to the Ministry of Health increased by 13 per cent.

He indicated that in spite of a decline in education spending from 7.9 per cent of Gross Domestic Product (GDP) in 2012, to 6.1 per cent in 2013, it was still within global education expenditure thresholds of UNESCO target of 6 per cent of GDP.

Mr Ian Gary, Senior Policy Manager, Extractive Industries at Oxfam, commended ACEP for the report, adding that it highlighted the strengths and weaknesses in the industry, and would provide timely information to government and the citizens on how the resources were effectively used. 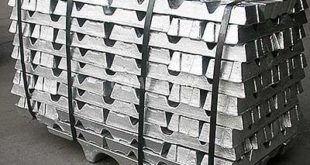 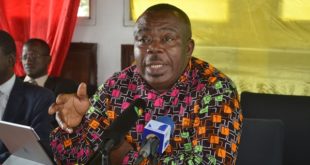