Latest official figures from the three major hospitals in Accra, Korle Bu Teaching, the 37 Military and Police Hospitals indicate that a total of 139 bodies, as at Saturday, had been deposited at these major health facilities from last Wednesday’s twin-tragedy across Accra.

The figures were officially announced when Senior Management and Board Members of Ghana’s only indigenous oil marketing company, Ghana Oil Company Limited (GOIL) paid an empathy visit to the health facilities on Saturday.

At the Military Hospital, the officials were informed that as a rule to help families identify their loved ones whether dead or alive, one needed to first,  go through the list of those on admissions.

“If the loved one is not found among the living, a clinical psychologist then prepares the person before he or she is sent to the morgue to be assisted to go through the number of bodies yet to be identified.

“Judging from events after the May 9, 2001 Accra Sports Stadium disaster, whoever comes forward after identifying the loved one among the dead, goes through series of administrative operational processes to establish the actual relationship with the dead person,” he said.

The military officer explained that two of the 66 bodies at the 37 Military Hospital were burnt beyond recognition; whilst scores could not under-go post-mortem examination, in order to determine the cause of death.

The military officer said the hospital has suspended discharging any of the patients; “we need to examine them for some time even those whose conditions are stable”.

He said 37 Military Hospital had, on admission, a total of 49 patients from both the fire disaster and the flood, and stressed that even though 17 of them are due for discharge.

Prof Asomaning, on behalf of the company expressed sympathies to the bereaved families,  and empathy to the injured, and gave the assurance that the company would collaborate with government to reduce the impact of the twin-tragedy on the families.

The GOIL Filling Station at the Kwame Nkrumah Circle was gutted by fire on Wednesday amidst heavy flooding.

President John Dramani Mahama said government has no option than to employ “drastic” measures to stop the perennial flooding of the country’s capital city.

He pointed out that only a scientific and strategic approach to solving the infrastructural design of Accra would see an end to the seasonal catastrophe.

President Mahama expressed condolences to the families of those who lost their lives, and commended the security services for their swift reaction in fighting to minimize the number of casualties.

The heavy floods swept through Accra, causing devastating damage to life and property, while major roads have become unmotorable.

The floods destroyed homes, cut off electricity, and forced the closure of schools and shops.

Facebook Twitter WhatsApp LinkedIn
2015-06-09
Emmanuel Dogbevi
Previous UN offers to assist Ghana deal with disaster prevention
Next Can we get it right after June 3? 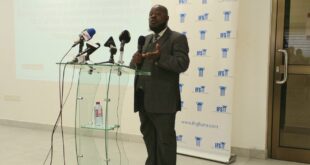