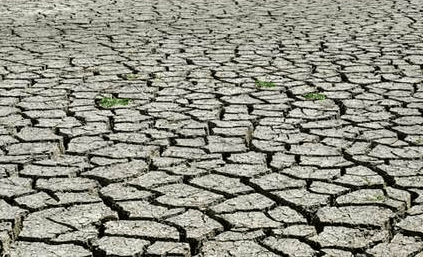 Dr Ahmed Yakubu Alhassan, the Deputy Minister of Food and Agriculture in charge of Crops, has called for drought management policies to be insulated from political interference.

He said for this to happen, legal frameworks that guided policies must be balanced and enforced without regard to sectional interests.

Dr Alhassan was speaking at a three-day capacity development workshop in Accra aimed to support the national drought management policies for countries in West and Central Africa.

The workshop also aimed to build the capacity of participating countries to develop and implement national drought risk management strategies aimed at promoting pro-active drought preparedness as a means to reduce drought impacts.

The Food and Agriculture Organisation (FAO), the World Meteorological Organisation, the Secretariat of the United Nations Convention to Combat Desertification, the United Nations Convention on Biodiversity and UN Water-Programme on Capacity Development, are collaborating to implement a capacity management development initiative on national drought management policies.

Dr Alhassan said the management of natural resource capital was a heritage that must be sustainably exploited to meet present day socio-economic objectives and handed to succeeding generations in an improved shape.

He said in Africa the most devastating impacts had been on food security as many African agricultural production economies were natural rainfall dependent.

The Minister said while most countries were currently addressing drought in the form of disaster response in an attempt to alleviate its impact, the implementation of risk-based strategies could significantly help to reduce the impact.

He said any policy support mechanisms for African countries must include strategies on sustainable exploitation of water resources.

“Drought ranks as the single most common cause of severe food shortages, particularly in developing countries, and represents one of the most important natural triggers of malnutrition and famine,” he said.

He said drought caused income losses because it affected several sectors, with prices of food products being raised as supplies were reduced.

Mr Tijani said the FAO had, therefore, generated knowledge and developed tools for livestock drought management and to build resilience in general through Climate Smart Agriculture.

He said the rationale behind these organisations joining hands for this initiative on drought policy was to promote proactive drought management policies and enhance collaboration between the sectors concerned with drought issues at the national level.

He said regional collaboration against drought was necessary because drought did not recognise borders and what a country achieved individually could be destroyed by the negligence of a neighboring country.

Mr Tijani said the workshop to make participants conversant with the process of drought preparedness through hands on practice using their respective countries and working as teams.

Twelve countries from Central and West Africa regions are participating in the workshop.

Not all politicians are corrupt – Afriyie Ankrah