The International Slum Dwellers (ISD) Federation is leading a West African development conference in Accra to discuss disease prevention in shanty towns and to fashion out better ways of improving lives of people living in those areas.

The conference recognised that people living in slum communities in the West African sub-region faced myriad of social and economic problems that required pragmatic actions to address.

Ms Mara Forbes, Programme Officer of ISD Secretariat, Cape Town, South Africa said the conference was a great opportunity to mobilize people from different West African countries to share ideas on how to improve the lives of the poor in the communities after the outbreak of the Ebola Virus Disease.

The Federation is a network in 34 countries and the secretariat supports those countries through networking and savings, capacity building, finance for development, partnerships and numerations with governments.

Ms Forbes said at the end of the five-day event which started on Monday, they hoped to draw a regional plan that will help foster partnership among countries to be able to support each other and learn new developments from each other through exchange programmes.

Also at the meeting are international donors and partners, including Cedar Switzerland, Norway Government, USAID and US Habitat who provide funding support to the federation.

Ms Janet Adu, President of the Ghana Federation of the Urban Poor (GHAFUP), said members depend on daily savings to support themselves especially in mobilization of community members for events, construction of social amenities and supporting the needy and the poor.

She said they also use the funds to construct affordable housing units for their members who pay by installment up to a period of 10 years, adding that they have so built 31 dwelling units in Ashaiman.

“With the help of Peoples dialogue on human settlement, the supporting NGO [Nongovernmental Organsiation] for GHAFUP, we are able to present our petitions to the Municipal Assemblies for aid”, she added.

She said they had put measures in place to provide some residents in Takoradi with potable water, and given out rubbish bins to the people of Old Fadama as part of community waste management alliance to reduce indiscriminate disposal of refuse.

Mrs Fatima Mohammed, Member of the Federation from Togo said her country had 350 members forming six groups of the federation.

She said members had been able to raise 640,000 CFA which has been earmarked to assist members in various forms and areas.

She urged NGOs and governmental agencies to assist them financially to help improve their businesses especially those who are into the fish mongering business who often archaic modes of preservation.

Mrs Bimbo Esther Osobe, member of the federation, Nigeria said ISD was introduced to them in 2013 after some of them had been evicted from their habitats, noting that the SDI has empowered to improve their social and economic lives. 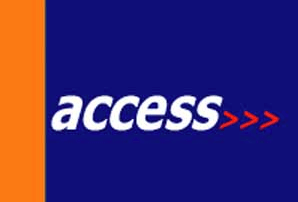