The Jazz legend will be performing at the Stanbic Jazz Festival slated for February 19 and 20,  at the Accra International Conference Centre.

The two-day event, which will also feature Ebo Taylor, Ackah Blay and other Ghanaian jazz artistes, is in support of the fight against maternal mortality and leukemia.

Mawuko Afadzinu, Head of Marketing and Communications of Stanbic Bank, said: “With the arrival of Earl Klugh, all is set for two nights of wonderful music.

As we promised last year, we want to make the Stanbic Bank Ghana Jazz Festival a stop on the global Jazz calendar,  by presenting top-flight musicians to the people of Ghana.

This year’s edition is to cement the plan of making this a must-attend event on the Jazz circuit. Stanbic Bank’s association with such world-class talent is to buttress the point that we aim to deliver world-class service.”

He added that the event is part of a plan to nurture and promote the development of Visual and Performing Arts in Ghana, encouraging engagement and social interaction.

“We want to contribute in positive ways to develop and grow the music industry, thereby providing employment, training and skills development in all the related fields of technical production,  including sound engineering and lighting, marketing and PR, event management and hospitality,” he said.

A master of the acoustic-classical guitar, Earl Klugh is one of the most imitated icons of the instrument. He has issued dozens of discs, 24 of which have been on Billboard’s top-10 list of jazz albums.

Six of these made it to the Number One slot. The Jazz virtuoso’s recordings have received 13 GRAMMY® nominations. His collaboration with pianist Bob James, One on One, won the 1980 GRAMMY® Award for Best Pop Instrumental Album.

Born on September 16, 1953, Klugh was a teenager when saxophonist Yusef Lateef heard him practising in a small music store where the young guitarist worked while in school.

That led to an invitation to sit in with Lateef which, in turn, led to Klugh’s first appearance on an album, Lateef’s 1970 recording Suite 16 on Atlantic Records.

As a composer and songwriter, Klugh’s credit appears on a wide range of recordings from artists such as Aretha Franklin, Jamie Foxx, Roberta Flack, Mary J. Blige, Kenny Loggins, Al Jarreau and many others. And he has been a guest artiste with musicians from Buffett, Loggins, Brenda Russell and Stevie Wonder to jazz masters Miles Davis and McCoy Tyner.

With the Festival, Stanbic Bank seeks to generate new levels of interest and support for Jazz,  and encourage Jazz lovers to preserve and promote the genre. Stanbic is a brand known for supporting Arts and Culture, and this is the latest venture in that direction.

The bank is continuing with the backing that the Standard Bank Group has for music, culture and Jazz in particular. The annual Standard Bank Joy of Jazz in Johannesburg dates back to 1997,  when it became the title sponsor of the popular South African Jazz Festival. 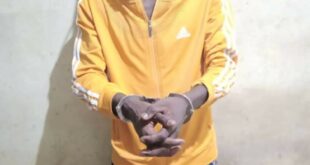 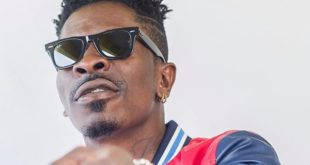 My life is in danger – Shatta Wale 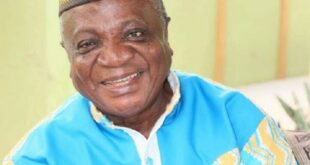