On January 7, 2015, the Bank of Ghana (BoG) announced plans to raise GH₵25.42 ($8 billion) by first half 2015 through the issuance of Bills of various short and medium term maturities to support government expenditures.

The proposed amount to be raised within the next six months represents a 61% and 155% increment over central government domestic borrowing over the same period in 2014 and 2013 respectively.

Against the backdrop of these projections, many market watchers have raised concerns about the increased financing of the budget from debt issuance vis-à-vis declining revenues and expanding expenditure outlay. The country’s growth prospects have been declining from the high 15% of GDP growth recorded in 2011 with end 2014 growth expected to average about 5% of GDP according to the Statistical Service and at much more reduced rate of 3.5% in 2015 according to the IMF.

Post last year’s Senchi consensus and ongoing IMF bailout talks, expected to be completed in February 2015, it was the expectation that the Government would have made firm commitments by now to reduce the high payroll costs and interest payments to create some fiscal space instead of having to heavily borrow through the Central Bank to finance expenditure programmes. As per the Monetary Policy (MPC) report of November 2014, total government revenue and grants realised for the first nine months of 2014 stood at GH¢17.7 billion (15.4% of GDP) whereas total expenditure, including payments made for the clearance of arrears and outstanding commitments was GH¢24.4 billion (21.3% of GDP). Of this amount, payroll costs accounted for GH¢7.6 billion with interest payments totalling GH¢4.9 billion. Fundamentally, the country is utilizing 71% of revenues and grants to service these two line items even before statutory disbursements such as the GETFund, NHIS, District Assemblies Common Fund, etc. come into the equation.

On a year-on-year basis, exactly the same situation played out in November 2013 whereby total revenue and grants amounted to GH¢13.9 billion (15.9% of GDP) whereas total expenditure, including payments made for the clearance of arrears and outstanding commitments, was GH¢21.2 billion (24.3% of GDP).

Implications of the Borrowing Outlay

The proposed move by the Central bank will have significant implications for the economy. First, this will lead to a dramatic increase in Ghana’s fast deteriorating public debt profile.

According to the 2015 Budget, Ghana’s provisional public debt stock as at September 2014 stood at GH¢69.7 billion ($21.7billion) (61% of GDP) comprised of $12.7 billion and $9.05 billion external and domestic debts respectively. The addition of an extra GH¢25 billion to the public debt in just six months will set Ghana’s debt levels precariously high above the 60% debt-to-GDP ceiling proposed by the IMF.

A major chunk of Ghana’s domestic debts are short-term maturities held by non-resident Ghanaians and other institutional investors. This often creates impending liabilities for the government for which it needs to find monies to pay or refinance them at higher interest rates creating large debt-refinancing needs and wide external imbalances, and this is further exacerbated by a depreciating local currency.

Secondly, domestic interest rates are likely to soar through the roof as credit flows to the private sector becomes crowded out. With Government Treasury Bills offering average yields of 25% upwards amid increasing domestic debts which totalled GH¢29.04 billion at end September 2014, many private sector businesses have become crowded out of the credit market and this will be exacerbated by additional government debt.

The weakening credit conditions coupled with the persistent high cost of sourcing production inputs and the challenges businesses face from a never-ending energy crisis, high fuel and utilities prices and heavy taxation can lead to job cuts and declining manufacturing sector output. 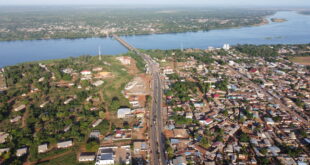 In the abundance of water, Sogakope is thirsty