Plan International to support four million girls to get education

October 16, 2013 Africa/International Comments Off on Plan International to support four million girls to get education

Plan International’s 2013 Girls’ Report indicates that the organisation will support four million girls to get education, skills and the support  needed to move them from poverty to opportunity.

This, the report said, would be achieved under the organisation’s campaign dubbed; “Because I Am a Girl” (BIAAG).

It said; “Globally, one in three girls was denied education by the realities of poverty, discrimination and violence; everyday, young girls are taken out of school, forced into marriage and subjected to violence.

“Not only is this unjust, it’s also a huge waste of potential. Millions of adolescent girls are being denied their right to education at the time when it can transform their lives and the world around them.”

The organisation’s Girls Report 2013 dubbed: “In Double Jeopardy: Adolescent Girls and Disasters” was made available to the Ghana News Agency on Tuesday by Plan Ghana.

It said progress had been made in terms of increasing the number of girls enrolling in school, but the quality of girls’ education remained poor in many countries.

The report said Plan International’s 75 years of experience had shown that real change could take place when girls and their education were valued.

“Supporting girls’ education is one of the simple investments we can make to help end poverty for everyone.

“Providing a girl with at least nine years of quality education means she is less likely to experience violence, marry or have children while she is still a child herself.

“She is more likely to be literate, healthy and survive into adulthood, as are her children, and more likely to understand her rights and be a force for change.

“The power of this is astonishing. It saves lives and transforms futures, releasing the credible potential of girls and their communities,” it said.

The report said: “We are working with girls, communities, traditional leaders, governments, global institutions and the private sector to address the barriers that prevent girls from completing their education”.

Plan’s BIAAG campaign is calling for girls’ education to be prioritised by world leaders with their completion of a quality secondary education made a major focus of international action.

It also calls for an end to gender-based violence in and around schools while encouraging girls and boys participation in decision-making. 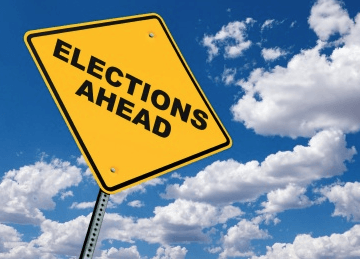