Ghana’s Black Stars took a giant step towards qualification to the 2014 FIFA World Cup with a convincing  6-1 victory over the Pharaohs of Egypt in the first leg of the play-off at the Baba Yara Sports Stadium in Kumasi on Tuesday.

The match which started after a 30 minute downpour  saw skipper Asamoah Gyan opening the floodgates with a fourth minute strike which hit the post and deflected into the net with goalkeeper Sheriff Ekramy scrambling.

The Egyptians struggling to settle were dealt another big blow as midfielder Michael Essien’s solo effort drove through the visitors’ defence and managed to beat Ekramy for Ghana’s second.

The Pharoahs began to warm themselves into the game and reduced the deficit six minutes to recess when Mohammed Aboutreika struck from the spot after Rashid Sumaila mishandled advancing Mohammed Salah in the box.

In the 44th minute, the Stars got a third through Abdul-Majeed Warris who headed home a Sulley Muntari free-kick to end the half.

After recess, Ghana continued with the goal scoring spree and in the 53rd minute, Gyan grabbed a brace with a header from a Muntari scissor kick to maintain the surge.

Egyptian goalkeeper, Ekramy who got injured in the event leading to the goal had to be replaced by Ahmed El-Shanawy with Egypt looking very clueless.

Against the run of play, Mohammed Naguib came close to securing another goal for the Pharaohs only to miss the post narrowly at close range.

Morrocan referee, Bouchaib El Ahrach, awarded the Stars a penalty in the 74th minute when El Shanawy brought down advancing Warris in the box and Muntari scored from the spot to take the tally to five.

Ghana sealed victory with substitute Christian scoring the sixth goal with a thunderbolt which hit the foot of the post and bounced into the yawning net at the closing stages of the game.

Ghana travels to Cairo on November 19 for the second leg which determines which of the two sides join four others from the continent for the Brazil 2-14 World Cup. 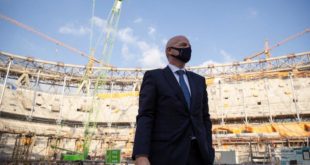 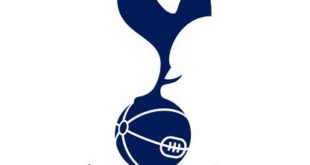