Ghana will resume the 2014 FIFA World Cup qualifiers three points behind Zambia after the Court of Arbitration of Sports (CAS) on Monday dismissed an appeal by the Sudan Football Association (SFA).

The Lausanne-based organization, an international arbitration body set up to settle disputes related to sport upheld the decisions of the Disciplinary and Appeals Committees of FIFA to strip the Desert Hawks off the three points during their meeting with Zambia for  fielding an ineligible player in defender Salif Eldin Ali Masawi.

The Sudanese won the Group D match 2-0 with Eldin as one of the scorers, but the result was annulled by FIFA following a protest by the Football Association of Zambia. The Chipolopolo were awarded a 3-0 win after the verdict.

“The Court of Arbitration for Sport (CAS) has dismissed the appeal of the Sudanese Football Association (SFA) against the FIFA decision to declare the Sudan-Zambia match of 2 June 2012 forfeited by Sudan 0-3.

“The CAS has fully confirmed the FIFA Appeal Committee’s decision of 24 October 2012,” it said in a statement copied to GNA Sports.

The decision keeps the Chipolopolo at the summit of Group D with six points, three points richer than Ghana, Sudan has one point with Lesotho pointless in that order.

The Black Stars will face the Deserk Hawks on March 24, at the Baba Yara Sport Stadium in the third match of the qualifying series.

Only the top team will qualify to the final round of the qualifying series that will give birth to the continent’s five representatives for next year’s Mundial.

Ghana tops Group C after holding Morocco in Under-20 AFCON 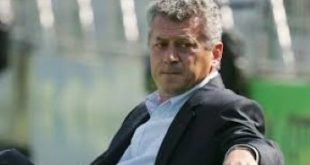