A major e-Government Procurement (E-GP) project meant to enhance the country’s procurement processes and block the financial loopholes in the system will begin from January next year.

The project, which will begin as a pilot, is expected to also enhance transparency in the public procurement process; provide a common platform for use by public institutions in public procurement and public financial management; and enhance competition by facilitating increased participation of service providers for government contracts.

The Chief Executive Officer of the Public Procurement Authority (PPA), Mr Samuel Sallas-Mensah, disclosed this to the Daily Graphic in an interview in Accra on Monday.

The introduction of the E-procurement system is expected to bring a major relief to contractors and suppliers who are often robbed of the genuine opportunity to win bids for contracts they tender, while checking rampant corrupt practices which emanate from the involvement of human interface in the procurement processes.

Procurement experts, most of whom are from the donor agencies, have bitterly complained about the massive corruption in the country’s procurement processes, a canker they believe can only be cured through the introduction of an electronic procurement system which eliminates humans in the process to a large extent.

Reports indicate that more than 70 per cent of the country’s budget is expended through the procurement processes and the lack of a robust system creates avenues for a chunk of the funds meant for development projects to slip into individual pockets.

The E-Procurement Project forms part of the wider E-Ghana Project sponsored by the World Bank and intended to automate the process of public procurement using Information Communication Technology (ICT) applications.

The three main objectives of the project are: The Project which is led by the PPA seeks to ensure that public procurement is undertaken in accordance with the annual procurement plans and as per the rules, regulations and processes defined by Act 663.

According to Mr Sallas-Mensah, who is upbeat about the project, “The introduction of the E-GP into the public sector holds enormous benefits for SMEs and the larger private sector.”

To the private sector, he also noted that the project will facilitate the provision of a one-stop registration system for dealing with government through the E-Procurement portal.

This is expected to increase the number of suppliers, contractors and consultants that register and ensure a constant availability of tendering opportunities. Submission of tender documents and evaluation could be performed through telematic registries 24 hours a day.

Mr Sallas-Mensah said it will also help to minimise face-to-face contacts with government officials and thus reduce the perception of corrupt practices.

He said, “All the information relating to the procurement process will be published on-line on a real time basis,” adding that it will also ensure greater transparency, by virtue of being able to view tender openings via the internet.

Mr Sallas-Mensah said the PPA has been keen on having a system that will help to reduce manual work on contract-related papers while ensuring that routine administrative processes become simpler, after some initial adaptation and training.

He said the authority also yearns to tremendously reduce processing time, among many others, and expressed the hope that E-GP will ensure that all those are achieved.

Mr Sallas-Mensah said the project will allow the submission of tenders to be done online, hence there will be “no need to travel to present tenders and this reduces cost; it will reduce mail and courier cost.”

He said to gain some more insight into how E-GP works, officials of the PPA, National Information Technology Agency (NITA), the Volta River Authority (VRA) and the Ministry of Communications undertook a recent study tour to Portugal and India to familiarise themselves with the operations of the E-GP system.

Mr Sallas-Mensah said the team was given the opportunity to understand the legal framework, the need for change management, political will and appreciate some of the contractual issues that are necessary for the effective implementation of the E-GP and expressed the hope that the PPA and its stakeholders will be able to implement it in Ghana. 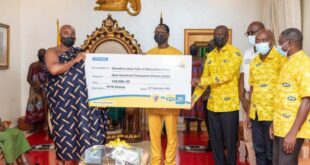 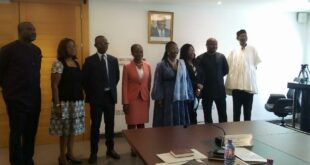