The Minister-designate for Tourism, Culture and Creative Arts, Mrs Elizabeth Ofosu-Adjare, says she is clear in her mind that tourism, culture and creative arts are bedfellows which must not be separated.

She said it was for that reason that President John Dramani Mahama thought it wise to bring the three areas together to be managed under one umbrella for the benefit of the country.

Mrs Ofosu-Adjare made the observation when she appeared before the Appointments Committee of Parliament for vetting.

The nominee told the committee that the outlook of tourism in Ghana was bright, since the country had a conducive political environment to attract tourists.

She stated that the growing middle-class in the country meant that many people had a lot of money to spend in the tourism sector, adding that what Ghana had to do was solve the problems associated with the sector in order to accrue the desired profit.

Mrs Ofosu-Adjare acknowledged the fact that poor sanitation at the country’s beaches, markets and other important places were impediments to the growth of the tourism sector.

She observed that the continued destruction of Ghana’s forest reserves and the subsequent extinction of endangered animals and tree species also needed to be stopped to encourage ecotourism.

She said she would use both advocacy and existing laws to curb some deviant behaviours that had come to be associated with some tourists who came to the country.

She explained that while she would ensure that tourists were educated on the country’s laws, she would insist that those who fell foul of the law by engaging in acts such as homosexuality were dealt with.

Commenting on the Tourism Levy that was passed by the Fifth Parliament, Mrs Ofosu-Adjare said it was the best thing to happen to the sector, explaining that the law would make it possible for the ministry to use the fund for the development of existing tourist facilities.

She said there was the need for Ghana to encourage domestic tourism and promised that she would help in the organisation of groups to visit the various tourist attractions in the country, should she be given the nod.

The nominee encouraged the district assemblies to identify tourist sites in their areas and collaborate with the ministry for their development to create employment and also generate revenue to finance more development projects.

Touching on the creative arts aspect of the ministry, Mrs Ofosu-Adjare said she would enforce the intellectual property rights of people in the creative industry.

She said fortunately, there was in place the Copyright Law which needed to be enforced vigorously to enable people in the creative arts to benefit from the fruits of their labour.

Spotting a rich Kente apparel, the 39-year-old Mrs Ofosu-Adjare, who is currently the Legal Aid Officer at the Legal Aid Scheme in the Ashanti Region, was accompanied by her husband, Mr Ofosu-Adjare, and her father, Mr I.K. Adjei-Mensah, a former Brong Ahafo Regional Minister and MP for Techiman South.

When he took his turn at the vetting, the Minister-designate for Employment and Labour Relations, Nii Armah Ashietey, said since the ministry was a policy body, he would fashion policies geared towards creating employment for graduates from the country’s institutions.

He acknowledged the fact that unemployment was a global phenomenon and explained that Ghana had been hit hard by unemployment because  it continued to churn out graduates who did not have the required skills needed on the job market.

Nii Armah said it was for that reason that a graduate support scheme had already been established to provide graduates with employable skills to enable them to set up their own businesses and employ others.

He advocated the setting up of a labour market information centre to enable the country to know what was happening on the labour front in the country.

“This will enable Ghanaians to know how many people are employed, how many are underemployed and help the government to collect other needed information in the labour sector,” he said.

Nii Armah said the National Youth Employment Programme (NYEP) was a wonderful programme that could help provide jobs for the teeming youth.

On casual labour, the nominee said it was unfortunate that some employers went round the law to employ people on a casual basis and pledged that if given the nod, he would liaise with the Tripartite Committee to find a solution to that practice.

On strikes by workers providing essential services, Nii Armah said it was unfortunate that those workers went on strike, regardless of the provision in the law, stating that there was the need for dialogue.

The nominee said the authorities had been soft to allow such service providers to have their way and promised to work with the Fair Wages and Salaries Commission, the National Labour Commission and the Ministry of Health to halt the rampant threat by doctors to go on strike.

He said it was time the authorities called a spade a spade and went according to the dictates of the labour laws of the country to serve as a deterrent to others.

On the provision of employment based on political affiliation, Mr Ashietey said he would ensure that employment was provided based on merit. 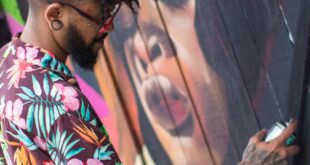 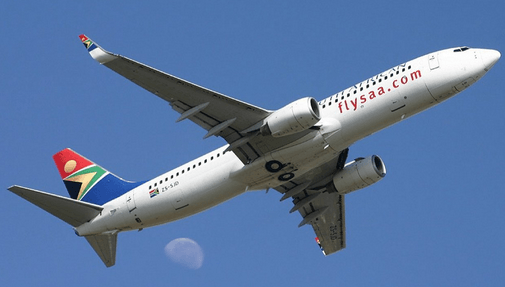