The Black Princesses completed a double over the Young Gladiators with a 3-0 win in Windhoek last Saturday and advanced to the next round of the continental qualifiers for the FIFA U-20 Women’s World Cup on a 10-0 aggregate.

In an interview with local daily, the Namibian culled by GNA Sports, Shipanga revealed that an attaché of the Ghanaian team admitted that the Ghanaian team fielded over-age players during the first leg which the Princesses won 7-0.

Shipanga fingered at least seven players as above the age limit including striker Florence Dadson, who netted a hat-trick in the first leg in Accra.

“That number 14 (Dadson) is apparently 15 years old but she is a university student in the United States (of America) for the past two years. Are you trying to tell me that she went there (USA) as a 13-year-old?,” Shipanga quizzed.

Most of the players forming the Princesses are also graduates of the Black Damsels (national U-14 women’s team) squad of 2007.

Despite challenging the age of the Ghanaian players, Namibia fielded two players, aged 13-years, six-years below the limit in the second leg encounter.

Ghana are due to face South Africa at the next round of the qualifiers.

The final tournament will be held from 18 August to 8 September, 2012 in Japan. 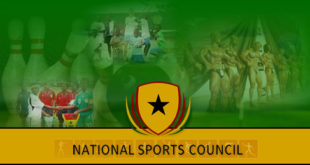 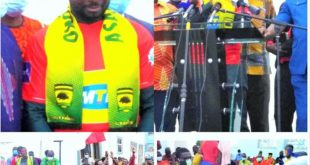 GFA to commit $280,000 to provide boreholes across league centers