Kenya launched the second phase of its national deworming programme at the World Economic Forum Annual Meeting 2012, aiming to treat 5 million children annually for the next five years.

The programme is supported by Deworm the World, a cost-effective initiative treating school children for parasitic worms, which stunt development and impair education.

The programme was developed by the World Economic Forum’s community of Young Global Leaders and has treated 37 million children worldwide to date.

Prime Minister Raila Amolo Odinga of Kenya increased his commitment to the scheme during the Annual Meeting, outlining the importance of grappling with the issue.

“Many people in the developing world don’t know the importance of child-based worming as one of the most serious public health-based problems,” Odinga said. “Children are often too sick and weak to study at school or even to attend school at all … Children with worms are 13% more likely to be illiterate.”

By ramping up the school-based deworming programme, he said that he hoped to see a “worms-free Kenya”.

Hundreds of millions of children worldwide are infected with parasitic worms, with serious health and economic consequences. Working with public-private partnerships, the Deworm the World programme can tackle the scourge for $.50 a child.

In the Indian state of Bihar, more than 17 million children were treated in 2011 alone, and the initiative aims to reach another 25 million children worldwide over the next four years. Deworm the World is supported by the Children’s Investment Fund and the US Agency for International Development (USAID), among others.

“The key to success is institutionalizing this work within governments,” said Sriram Raghavan, Chief Executive Officer of InKlude Labs, India, and one of the Young Global Leaders who leads Deworm the World. 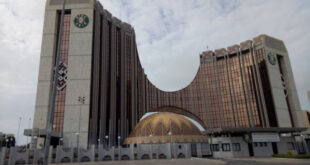