Home / General News / Over 50,000 children live and work on the streets of Ghana – Statistics

Over 50,000 children live and work on the streets of Ghana – Statistics

November 18, 2011 General News Comments Off on Over 50,000 children live and work on the streets of Ghana – Statistics

Mrs Juliana Azumah-Mensah, Minister of Women and Children Affairs (MOWAC), on Thursday noted that abuse against children, especially girls was on the increase.

Quoting a report from the United Nations Children and Education Fund (UNICEF), the Minister said the reported cases of defilement rose from 851 in 2009 to 982 in 2010.

“Further more available statistics indicate that over 50,000 children are living and working on the streets with nearly 50 percent in the Greater Accra region.”

Mrs Azumah made this known when she took her turn at the Meet-the-Press series organised by the Ministry of Information to brief the media on achievement and challenges in the Ministry.

She said majority of the street children were either being taken advantage of by sexual predators or turn to commercial sex as a way of making a living.

“This exposes them to great risk such as violence, serious physical and psychological harm and sexually transmitted diseases including HIV and AIDS,” she added.

The Minister, however, said that Ghana’s rating on human trafficking had improved and explained that six trafficking cases were prosecuted out of which four convictions were obtained.

Mrs Azumah-Mensah announced that the draft Legislative Instrument on the Human Trafficking Act, 2005, was in place and consultations were underway to incorporate all the concerns to facilitate its enactment.

“Twenty withdrawn trafficked children were provided with school supplies such as exercise books, bags and others to encourage them to stay in school,” she said.

Commenting on issues related to maternal health, the Women and Children Affairs Minister, admitted that Ghana had a long way to go in terms of achieving the Millennium Development Goal’s (MDG) target on maternal mortality.

Mrs Azumah-Mensah said the Ministry would continue to embark on outreach and sensitization programmes to ensure that gender equity and equality was mainstreamed in all sectors of the economy. 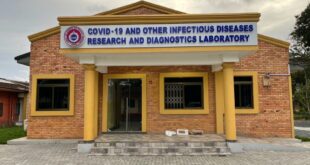