September 28, 2011 Politics Comments Off on PNC opens nomination for Flagbearer on September 30

The National Executive Committee (NEC) of People’s National Convention (PNC) will open nominations for its Flagbearer on Friday, September 30, for Election 2012.

Nominations for National Executive positions would be opened on the same day and submission of nominated forms for both positions ends on Thursday, October 20.

These were announced by Mr Bernard Mornah, General Secretary of PNC, at a press conference in Accra on Tuesday.

He said the election of a Flagbearer and National Executives would be undertaken during the National Delegates Congress scheduled for Sunyani from November 25-27.

Mr Mornah said NEC had granted that constituencies whose conferences were yet to be conducted should be done within the next three weeks.

“Constituencies, for strategic reasons, should in the course of their elections, also use the occasion to elect Parliamentary candidates but this must be properly and widely advertised,” he added.

In addition, all regional conferences are to be conducted by October 21.

NEC also decided that executive aspirants must be of good standing, and hold a membership card.

“This is to serve as sufficient stimulus for women to present themselves easily for elections into position at all levels,” Mr Mornah added and urged gender activists and all women advocates to applaud the PNC for the gesture.

The General Secretary announced that NEC had approved the formation of some committees considered worthy, relevant and necessary for the success of the Congress.

“NEC has clothed each committee with co-opting powers where it is considered necessary for the efficient and successful working,” Mr Mornah said.

This committee is to submit its work to the General Secretary by the October 30, and members of the party were admonished to submit proposals they want for review to the committee not later than October 1.

Mr Mornah said these committees would help guide the party to a successful congress.

On behalf of NEC, he congratulated the new leadership of Convention People’s Party and wished them well.

Mr Mornah said the PNC was resilient and had contributed enormously to the stability and sustenance of Ghana’s multiparty democratic glory.

“Over the years we have played key roles and provoked many policy developments. Our collective efforts have not delivered the governance of our nation for us. This time round, there is renewed enthusiasm and commitment from all party faithful. The ever counting number of young people who troop party offices across the country regretting their failure to vote for us in previous elections is but a sign of a party on the rise.

“Surely, they have endured failed promises and a sense of hopelessness. We assure all such young people that the PNC would bind together, nit ourselves in a single mat, raise the game to crescendo and secure victory for our nation.

“This is the time to join hands with us in revitalizing the party. The November 25-27, National Delegates Congress would surely be the rising start of great happenings.”

Mr Mornah, on behalf of NEC, also congratulated the Popular Front of Zambia and the New President Michael Sata for the emphatic electoral success.

“We in the Party cannot but join in celebrating their victory – a victory for the Zambia. With what happened in Zambia, the PNC can be assured that our time has finally come in 2012,” he added. 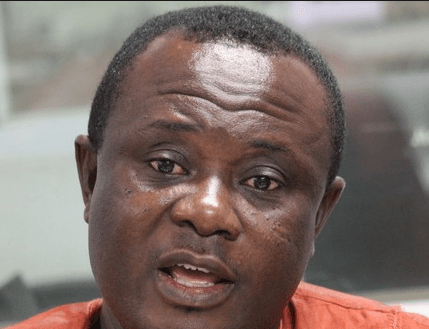 SONA to be delivered on March 9, budget March 12

The leadership of the New Patriotic Party (NPP) and National Democratic Congress (NDC), has committed …