Home / Investment / Workers advised to invest in bonds and shares

Workers advised to invest in bonds and shares

September 13, 2011 Investment Comments Off on Workers advised to invest in bonds and shares

Workers have been advised to plan their retirement by investing part of their salaries in bonds and shares.

Madam Akosua Torgbe, Researcher at the Labours Research and Policy Institute of the Trades Union Congress (TUC), gave the advice when speaking at a symposium to mark the celebration of Ghana Health Service Workers Union 2011 week at Takoradi on Thursday.

Her topic was “social protection – the backbone to quality life before and during retirement.”

Madam Torgbe mentioned other areas of investment and income generating activities workers could venture into as poultry, piggery, and snail rearing.

She said social protection for quality life before and during retirement did not only rest on the Social Security and National Insurance Trust (SSNIT) benefits but on the plans the worker put in place long before he or she is due for retirement.

She noted that many workers entangled themselves by going in for high interest loans, crediting items and leading luxurious lives irrespective of their meagre salaries.

As a result, she said some workers resorted to swearing affidavits to change their date of birth when they realized that retirement time had caught up with them.

She suggested that to have an enjoyable pension life workers should also desist from spending lavishly on less important things like drinking, womanizing and smoking.

Mr. K. Obiri-Yeboah, and Executive member of the union said as a result of poor planning before retirement, some workers who went on retirement could not go to their home-towns while the few who went home lived in family houses to the detriment of their wives and children.

“Their only hope is on their monthly SSNIT pension which is too meagre to sustain them,” he added.

Mr. Obiri-Yeboah reminded workers currently at post that in view of if they failed to plan their retirement now they would lead miserable lives on retirement, given the ever increasing cost of living.

He therefore advised them to invest part of their salaries on some income generating ventures and also to have small families.

Mr. Ernest Etuah, an official of the SSNIT educated the workers on the new pension law and processing of claims.

He advised them not to wait until their retirement was due before applying for their retirement benefit but to be in regular contact with SSNIT over their pension when they attained the age of 40 to ensure early processing and payment of their benefits on retirement.

Mr. Jerry Detse Mensah-Pah, the Western Regional Industrial Relations Officer of the said the symposium marks the climax of the celebration which started last Monday during which, members donated blood, embarked on health walk and radio talk shows to educate the public on personal and environmental sanitation.

Ghana will serve as entry point for Canadian investors – Kyerematen 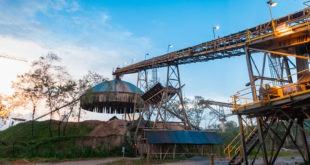