Ghana’s former first lady, Nana Konadu Agyemang-Rawlings has been listed as one of Africa’s top 100 influential personalities in recent times by the New African Magazine.

The New African, a Pan-African magazine, describes Nana Konadu as “one of Africa’s most socially progressive and influential women” who are the top influencers, opinion-shapers, doers, agitators, ground-breakers and myth-busters who are reshaping the face of Africa, as well as global opinion about what Africa and Africans can achieve, both at home and in the diaspora.

The top 100 African personalities which is contained in the publication’s June 2011 edition teaser made available to ghanabusinessnews.com, saw Ghana’s President Atta Mills, missing out of the list whiles some of his colleague Presidents like Jacob Zuma of South Africa, Paul Kagame of Rwanda and Liberia’s Madam Sirleaf Ellen Johnson are named in the list as well as Goodluck Jonathan of Nigeria.

Even though the top influencers’ list was not ranked but a compilation of significant Africans in these contemporary times, Nana Konadu was third after former South African President, Mr Nelson Mandela and Kenya’s anti-corruption czar Mr John Githonga, who was a former journalist in the Political and Activism category.

The personalities were categorized into Politics and Activism; Women of Influence; Business and Finance; Media; Science and Technology; Fashion and Design; Authors and Poets; Traditional and Religious; Music; Sports and Film Actors and Actresses.

Nana Konadu who submitted her nomination forms to the National Democratic Congress (NDC) yesterday June 1, 2011 to contest incumbent President Mills in the party’s primaries is the founder of the 31st December Women’s Movement, a women’s empowerment organization, of which she has been president for 30 years.

Other Ghanaian personalities who were among the list were former UN Secretary-General, Mr Kofi Annan, Dr Sam Jonah of Jonah Capitals and Fred Swaniker who is a serial social entrepreneur and Chief Executive Officer of the African Leadership Academy. The Asantehene, Otumfuo Osei Tutu II was also listed.

Will Konadu’s inclusion on this list brighten her chances to unseat President Mills at the NDC’s upcoming July Congress to elect a presidential candidate for the NDC for the 2012 general elections?

The New African Magazine may see Nana Konadu and others as movers and shakers in Africa but do their countrymen and women see them as such?

Does the exclusion of President Mills on a list of Africa’s most influential people which includes President Robert Mugabe of Zimbabwe, Cyril Ramaphosa, former South African vice-President and fire brand youth leader of the ANC, Julius Malema a true reflection of how less influential President Mills is in Ghana?

Mills, a former Law Professor at the University of Ghana became Ghana’s Vice President under President Jerry Rawlings’s second term in office from 1996 to 2000. He stood as presidential candidate of the NDC against John Kufuor of the New Patriotic Party (NPP) in 2000 and 2004 and lost both elections.

However, he won in 2008 against the NPP’s Nana Akufo-Addo with a slim margin of about 40,000 votes and he is in the third year of his term as President. 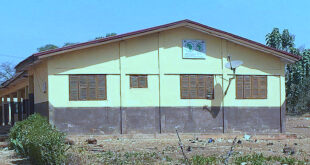