Eight people, seven Ghanaians and one American citizen have been arrested for terminating international calls locally.

The eight were arrested last Friday December 10, 2010 in Accra with sophisticated electronic equipment like computers, simboxes, CISCO broadband routers and mobile phone scratch cards. The names of the suspects have not been disclosed.

The suspects are believed to be engaged in the fraudulent activity of terminating international calls in Ghana making these calls appear as though they were made in the country. The practice denies government of revenue.

The Executive Director of the National Communications Authority (NCA), Harold van Percy had told the BBC that call termination does not only affect call quality, but also causes the country losses in revenue to the tune of $60 million annually.

According to the  Airtel Official in charge of Revenue Assurance and Fraud Management, Nixon Wampamba, “Looking at the find, these fraudsters are very profession to the point they were using shavers to strip the Srcatch Cards very quickly and seem to have had a team that was then loading the credit onto the SIMs.”

He said “On the scale of it, the fraudster had over 200 Airtel SIMs. If we use the standard average for simbox fraud, each SIM is generating around $40 a day. Hence the total estimated revenue is $240,000 per month. With government losing $72,000 per month in tax/levy collection.”

The Ghana government has been saying it has evidence that some telecom operators connive with fraudsters to use simboxes to do call bypass, which enable them to re-route incoming international calls through local SIM cards making those calls terminate as though they were locally generated.

And since the government started monitoring and levying incoming international calls, it has generated not less

than $15 million in taxes, and Minister of Communications, Haruna Iddrisu has said. He has also indicated that nothing will stop the government from monitoring incoming international calls to check fraud and generate revenue for the state.

Meanwhile, the telecommunications companies operating in Ghana have openly condemned international call monitoring in the country. There are six telecoms companies licensed to do business in the country. These are MTN, Vodafone, Tigo, Airtel, Expresso and Globacom which is yet to start operations.

The Ghana Chamber of Telecommunications (GCT), comprising of all the telecoms operators in the country endorsed a declaration by the West African Telecommunications Conference (WATC) condemning international call monitoring in Ghana.

The WATC issued a communiqué at its recent meeting in Dakar, Senegal on November 25, 2010 describing government’s monitoring, levy and surcharges on incoming international calls as a breach of International Telecom Laws, the ECOWAS Treaty and the West African Union Treaty.

It condemned the practice and called on all telecoms operators in countries where the practice is ongoing, like Ghana, Guinea and Congo, not to cooperate with any company employed by their respective governments to monitor calls and impose surcharges and levies.

In Ghana, the government has imposed a 19 cent per minute charge on all incoming internationals calls and has employed Global Voices Group (GVG) to monitor those calls and ensure that government got its revenue. 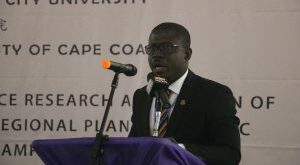