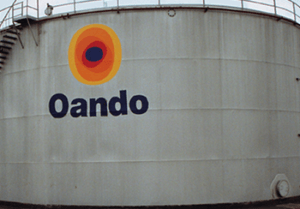 Claims by a Nigerian oil and gas company, Oando Plc that it has been selected to partner with the Ghana National Petroleum Corporation (GNPC) to develop Ghana’s natural gas infrastructure has turned out to be false.

Oando put up a press statement on Sunday October 4, 2009 announcing that it has been awarded the $1 billion deal. The same statement was posted on the company’s website the following day October 5, 2009.

Indeed, its CEO, Wale Tinubu was quoted in the statement as saying, “The choice of Oando … creates an opportunity for us to extend the success recorded in building Nigeria’s gas distribution pipeline system to other parts of West Africa.”

But an official of the GNPC, has told ghanabusinessnews.com that there has never been any such deal involving Oando.

Mr. Victor Sunu-Atta, who was speaking to ghanabusinessnews.com Tuesday on a deal the GNPC has awarded to French company, Technip to construct the country’s deepwater gas pipeline, emphatically denied the Oando story saying GNPC has never selected Oando for any such project – to develop Ghana’s gas infrastructure.

Meanwhile, ghanabusinessnews.com efforts to reach Oando officials both in Ghana and in Nigeria to explain the reason for the press statement were unsuccessful.  Calls to Nigeria were not answered. However, when we got through to the Ghana office we were told no official was available to speak to us as they were all in a meeting.

Ghanaian Catholic priest acquitted of sexual assault in US

Government has not deferred implementation of SSSS – Ministers