Gibbs said he would “bet on having two announcements” Friday morning — a possible reference to Emanuel’s successor.

The move was expected, after Chicago Mayor Richard Daley recently decided not to run for re-election.

Candidates for the Chicago mayoral race must gather 12,500 signatures by November 22. The city’s February 22 Democratic primary could be very difficult to win given the number of prospective candidates from various factions of the party lining up to run.

Gibbs heaped praise on the famously tough chief of staff, saying that he has an “incredible amount of energy every day” and has “been the leader” since Obama took office.

Two sources who spoke to CNN earlier on the condition of anonymity said Emanuel is unlikely to immediately announce his mayoral candidacy this weekend. Advisers said he would prefer to put some distance between his White House exit and the time it will take to line up supporters in Chicago before officially announcing his run.

Emanuel is also very sensitive to making sure he leaves the White House in good hands given the critical midterm elections that are fast approaching, as well as other transitions expected to happen after the election.

A source close to Emanuel recently told CNN that Deputy Chief of Staff Pete Rouse is the favorite to take over as chief of staff on a temporary basis in order to give the president more time to find a long-term replacement.

“There is a complete loyalty and trust with somebody like Pete,” Gibbs said Thursday. “Pete’s strategic sense has played a big part in the direction of virtually every big decision that’s made inside of this White House. So I think the type of trust that the president and others throughout this administration have in Pete is enormous.”

Democratic officials have said that Rouse — who served as Obama’s Senate chief of staff — is known for not relishing the spotlight and has suggested he does not want the chief of staff post long-term. 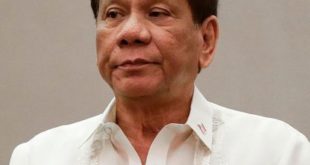