George Andah, one time Marketing Manager of the country’s leading mobile telephony provider has been reported to be moving to Zain Ghana, but the move, according to a Marketing Consultant, “will not significantly change anything.”

The news of Andah’s departure from MTN to Zain when it was broken by some Ghanaian news sources on the afternoon of Tuesday September 14, 2010 was not attributed to any source.

However, Kofi Bentil, a Marketing Consultant who lectures at Ashesi University  and is a member of the think tank IMANI Ghana, told ghanabusinessnews.com on the phone that he doesn’t think Andah’s departure will affect MTN’s operations, adding however that “it also depends on MTN and what their strategies are.”

According to Mr. Bentil, Andah has been given too much credit than he deserves. He said Andah is a good implementer but he is not the originator of the marketing strategies and plans of MTN. “He is only one person,” he said.

He argued that “George Andah is a household name because MTN is the biggest promoter and sponsor of everything and everybody.”

Mr. Bentil said MTN as a business builds its brand in such a way that no one person is crucial to it.

“Mobile phone customers don’t have any loyalty, they are looking for good services, and that’s why they have more than one phone,” he said.

He believes that  Bharti Airtel is probably looking for a good implementer which Andah is.

It is unclear yet what position Mr. Andah will be occupying at Zain Ghana.

Meanwhile attempts to reach MTN officials for comments were unsuccessful, as some of the phone calls went unanswered while others were constantly busy. 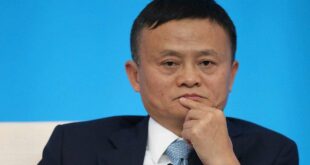