Government gets $115m loan for electrification project in Upper East

August 30, 2010 General News Comments Off on Government gets $115m loan for electrification project in Upper East

The Ghana government has secured a loan of $115 million for the electrification project that will extend the national grid to the Upper East region, the Regional minister has said.

Mr. Mark Woyongo, disclosed that the work would soon commence.

He made the revelation at the weekend when the region took its turn at the Meet the Press series, organized by the Ministry of Information, to showcase government activities, plans and programmes in the region.

Mr Woyongo said when he assumed office, the region was confronted with the reemergence of the Bawku conflict, which needed immediate attention and as part of that, established the Inter-Ethnic Peace Committee to mediate the conflict and find lasting solutions to it.

The Minister said government provided logistics, including a bus to facilitate the movement of members of the committee in their peace educational campaigns, a light amour vehicle, bullet proof vest and the establishment of a permanent military barracks, to further enhance security patrols to bring peace to the area.

He noted that these interventions had brought about the restoration of peace to the area and consequently the rebirth of socio-economic activities in the municipality.

The Minister appealed to the people of Bawku to use the Ramadan season to forgive one another and live once again, as a united family.

Touching on health, the Minister lamented that the region still suffered acute shortage of health personnel, including doctors, laboratory technicians, nurses of all the categories and paramedical staff and said the state of health delivery in the region was one of the worst in the country, especially with regards to health personnel.

The Minister said as part of measures to arrest the situation, the region had taken the initiative to get district and municipal assemblies to sponsor at least five medical students each, as long term measures to resolve the perennial shortage of health personnel in the region.

He disclosed that health facilities in the region stood at 172 in five categories, that is six hospitals, 39 health centers, 38 clinics, 68 Community Health Planning Services Compounds (CHPS) and one maternity home.

On education the Minister said all is not too well in the region because about 185 schools still hold class sessions under trees while a number of schools in the cities run the shift system.

He said in recent times, a large number of teachers were leaving the classrooms for other jobs while many of them are also on study leave to upgrade their knowledge in higher institutions, rendering many of the schools in the region under staffed.

He indicated that there was still high demand for infrastructural facilities for the educational sector, such as classrooms, teacher’s accommodation and boarding facilities, especially with the new duration for the Senior High School programme.

The Minister said in addressing these challenges with respect to infrastructural facilities, the central government and the municipal and district assemblies had embarked on crash programmes to ensure that the schools under tree and shift system are phased out.

On agriculture, the Minister said 2,958 farmers, comprising 1,962 males and 996 females, under the block farm programme, were being assisted to produce seeds for the cultivation of rice and soya beans.

To promote agriculture in the region, the Minister disclosed that MOFA is embarking on a new programme, dubbed ground water project, purposely as drinking sources for animals, for small-scale irrigation and agro-processing.

On energy Mr Woyongo said, all the nine districts have been connected to the national grid with the capacity to support any industrial activity, adding that, 138 communities are currently being hooked to the national grid and another set of 500 communities in the region have been submitted for the next phase of the rural electrification programme.

He disclosed that government had secured a loan of about 115 million dollars for the electrification project and that work would soon commence.

The Minister said government is poised to achieve the millennium development goals, and that the region has improvement on 79 kilometres of roads, reshaped 184 kilometers of feeder roads, while surfacing of 14.4 kilometers of roads is on-going. 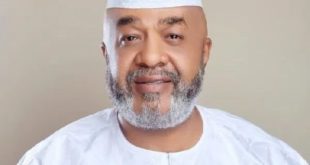