Ghana’s growing mobile phone industry has been hit by a hitch. A ban has been imposed on any further erection of telecommunications masts or transmission towers and rural areas of the country may suffer, as coverage may not be expanded to reach them.

The Ministry of Environment, Science and Technology (MEST) has banned the mounting of telecommunications masts in the country until further notice.

According to a Daily Graphic report of Monday February 1, 2010 citing a letter dated January 12, 2010 to the Environmental Protection Agency (EPA) says the ban is until further notice.

The letter, the report indicated, also announced the establishment of an inter-sectoral committee comprising personnel from the EPA, the National Communications Authority (NCA), the Ghana Atomic Energy Commission (GAEC) and National Security to produce guidelines that would bring some order in the way communication towers are being erected all over the country.

According to the EPA, the report says, about 50 per cent of all communications masts in the country were erected by service providers who did not obtain the required permit.

Some of the concerns that informed the decision to ban the erection of masts include public outcry against the location of some of these masts, accidents, land disputes and health implications believed to be associated with the masts.

But in a response, the CEO of Kasapa Telecom, Mr. Bob Palitz told ghanabusinessnews.com on the telephone that the action will affect expansion of mobile phone services to rural areas.

He also said it will be difficult for GSM service providers in the cities. They will have problems with coverage when their lines are jammed, they will not be able to expand their services by erecting masts.

Mr. Palitz however, accused the Ministry of Science and Technology for taking a unilateral decision when there is a committee working to resolve the issue of collocation.

Telecommunication masts are a very important part of the mobile phone industry. For a mobile phone to send and receive calls, it must be within range of a transmitting tower or a mast. A mobile phone works just like a radio does: if you are too far from the station’s signal, your radio (or phone) cannot pick up the music (or receive a call). Radio stations, in order to transmit to a larger area erect transmission towers. Mobile phone companies also use transmission towers to relay messages to users at great distances.

There are six mobile phone companies licensed by the NCA to operate in Ghana. These are MTN, Tigo, Vodafone, Kasapa, Zain and Glo, the last to be licensed and yet to start operations.

The ones in operation between them have an estimated 15 million subscribers for a population of approximately 22 million. 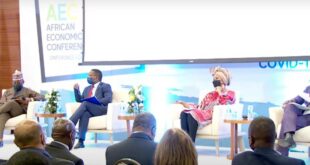 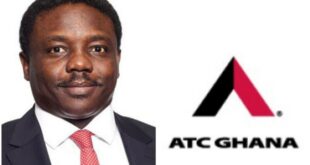 The Minister of Finance, Mr Ken Ofori-Atta, says there is no revision of the 1.75 …