The Volta Star Textiles Limited at Juapong faces imminent collapse, operating only eight percent of its installed capacity since its inauguration in May 2007.

This came to light on Tuesday when the Ghana News Agency visited the factory upon a hint that junior workers at the place had laid down their tools over poor working conditions and having been engaged without appointment letters.

Mr Albert Amponsah, Technical Services Manager of the factory, who confirmed that junior workers had gone on a sit-down strike, said the factory was facing teething problems, which if not addressed in time could be out of hand.

He said at the moment the factory “is stagnant and not making profit.”

“Our work is volume intensive and needs a big capital push for it to expand, make profit and get stabilized,” Mr Amponsah said.

On workers’ wages and appointment letters, he said general emolument at the factory was low and appealed to junior workers to return to work while their grievances were being attended to.

He said a delegation had been sent to the Ministry of Trade and Industries on the issue and expressed the hope that things would change after that.

Mr Godwin Adjei, spokesperson for the aggrieved workers said until the situation was resolved they would not return to work.

He said a take home salary of GH¢97 a month was woefully inadequate considering their transportation to and from work and called on management to address these concerns immediately.

Mr Adjei also called on government to as a matter of urgency to intervene to check mismanagement at the place to save it from collapse. 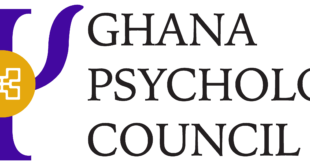