Rumour of an impending earthquake that reverberated across the country woke the whole of Ghana up at dawn Monday January 18, 2010.

While no one seems to know the source of the rumour, friends, families and neighbours made phone calls, sent text messages and knocked on doors to send warnings for people to wake up and leave their rooms.

One of my neghbours called and simply said, “they say there will be an earthquake and everyone should get out of their rooms and sit outside,” without giving further details and there was no time to ask questions as he moved to alert other neighbours who were fast asleep.

But Geologist and earthquake expert Prof. E. Otchere-Amamoo formerly of the University of Ghana Centre for Remote Sensing and Geographic Information Services told ghanabusinessnews.com on the phone that “the information could not be true.”

He said “it is difficult to predict the precise occurrence of an earthquake,” adding, “unlike an eclipse which is easier to predict because it is the movement of the earth in relation to other planets, earthquakes are movements of the earth happening 500km or 700km deep down the belly of the earth.”
He also said if indeed there was going to be an earthquake, it would have happened within the period that people were rudely woken from their sleep.

While most Ghanaians are still wondering where the rumour started from, most citizens would have to catch on some sleep on a Monday morning. 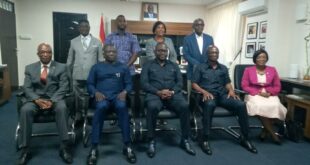