More in Africa use mobile phones than on any other continent

January 4, 2010 ICT, Lead Comments Off on More in Africa use mobile phones than on any other continent

Many more people in Africa use mobile phones than in any part of the world, a new report by the International Telecommunications Union has said.

By the end of 2008, Africa had 246 million mobile subscriptions and mobile penetration has risen from just five percent in 2003 to well over 30 percent today.

According to the report released in Johannesburg last week, mobile phone usage in Africa has increased dramatically over the past five years, but there is still potential for enormous growth.

“The increase in the number of mobile cellular subscriptions over the last five years has defied all predictions and Africa remains the region with the highest mobile growth rate,” according to an ITU document “Information Society Statistical Profiles 2009: Africa”.

It says the high ratio of mobile cellular subscriptions to fixed telephone lines and the high mobile cellular growth rate suggest that Africa has taken the lead in the shift from fixed to mobile telephony, a trend that can be observed worldwide.

The number of Internet users has also grown faster than in other regions.

However, the report notes that despite rapid growth, “Africa’s ICT penetration levels in 2009 are still far behind the rest of the world and very few African countries reach ICT levels comparable to global averages”.

It says fewer than five percent of Africans use the Internet, and fixed and mobile broadband penetration levels are negligible.

“Indeed, the digital divide between the African region and the rest of the world is much more pronounced than the divide within the region, with very few countries reaching ICT levels comparable to global averages,” it says.

The research shows that African countries are facing a number of challenges in increasing ICT levels. These include the lack of full liberalization of markets and the limited availability of infrastructure, such as shortage of international Internet bandwidth. “In addition, prices for ICT services remain very high compared to income levels.”

On the question of infrastructure, the report says there are practically no cable networks and many countries face a shortage of international Internet bandwidth.

In other words, the monthly rental of broadband costs more than most people earn in a month.

“Mobile broadband is in its very initial stage but has shown higher growth than fixed broadband and may be Africa’s most promising broadband access technology of the future.”

South Africa, the continent’s economic powerhouse, is no longer as dominant as it once was in terms of mobile phone usage. In 2000 SA accounted for 74 percent of Africa’s mobile connections, but that dropped to 19 percent last year.

According to the ITU the figures highlight the acceleration of growth in African mobile and Internet markets outside of South Africa in less than a decade.

Growth in Nigeria has been very strong. Kenya, Ghana, Tanzania and Cote d’Ivoire have also accounted for the change in the distribution of mobile connections.

The 76-page report was produced in preparation for the ITU World Telecommunication Development Conference, known as WTDC-10, which will take place in Hyderabad, India from May 24 to June 4, 2010.

In September 2009, a UK-based telecommunications publisher with a focus on mobile markets, Blycroft Publishing published a report in this story which noted that as at the end of March 2008 the African mobile market stood at 296 million subscribers.

“During 2008 the market grew by more than 74 million subscribers reaching 370 million mobile subscribers as of the fourth quarter of 2008, representing a remarkable 25% increase in the size of the market,” the report indicated. 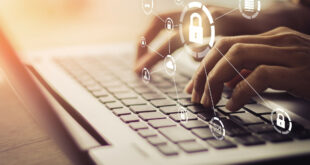 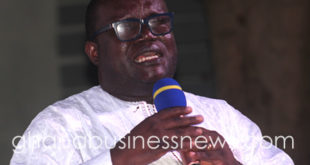 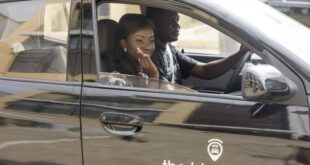