May 30, 2009 Feature Articles Comments Off on Ghana’s Jatropha conundrum- Begging for more answers 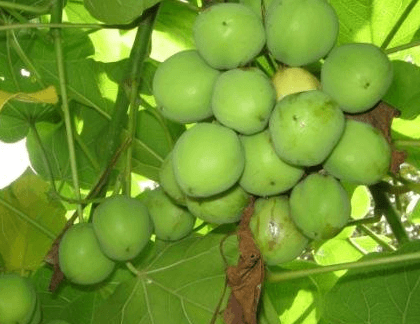 Not long ago, the country made history again in Africa for conducting a free and fair election which it proudly followed up with a peaceful transfer of political power to a new government.

And too soon, the country is in the news again. Ghana is becoming the Jatropha centre in Africa south of the Sahara. The attraction which the country has as a welcoming place for investors interested in the wonder plant, Jatropha which hopefully, would be the world’s answer to alternative energy sources is resonating across the globe even in such difficult times when the entire globe is being buffeted by an economic crisis. Despite the economic crisis, the investors in Jatropha and other biofuel crops are trooping into Ghana pledging investments in tens of millions of dollars.

The attraction is such that a global conference claiming to assemble giants in the area of knowledge and expertise in cultivating Jatropha and turning it into biodiesel worth millions of dollars for export has been held in Ghana.

But as one digs deeper into the Jatropha story, one appears to be dogged by more questions than answers.

In 2005, the government of Ghana set up a Biofuel Committee (BFC) with the objective to develop a National Biofuel Policy (NBP).

The BFC conducted a study and submitted the following recommendations:

The BFC recommended that a National Biofuel Policy should accelerate the development of the biofuel industry in Ghana with special emphasis on the production of biodiesel from Jatropha.

It recommended that the country should substitute 20% of national gasoil consumption and 30% of national kerosene consumption with Jatropha oil by 2015; remove institutional barriers in order to promote private sector investments and management of the biodiesel industry.

Another recommendation was to create a favourable regulatory climate to ensure development of; competitive market; favourable pricing regime and high quality product.

It also called for Research and Development to improve the efficiency of biodiesel production technologies, reduce production costs, to raise quality and efficacy of product and suggested that in the medium to long term, Ghana should become a net-exporter of biofuels.

It has been four years now and there is yet to be a clearly defined policy on the biofuel sector to give the industry some structure. And so it appears, as it stands now, it is a free-for-all situation.

Jatropha, obviously has a valuable use, as its seed contains oil that can be used for biodiesel to power machines and cars. But it appears we don’t have all the facts and as a result there are several claims being made about Jatropha’s economic value to the globe.

One biofuels company, Gold Star Farms claims on its website that the company plants a “specific strain of Jatropha that takes one year before they bear fruit and two years before they are producing a full yield.”

One of the company’s executives, Mr. Jack Holden has said that it has commitments from farmers to grow the crop on approximately five million acres of land in Ghana.

The company, he added, plans to begin producing biodiesel at its facility in Nkawkaw, in the Eastern region of Ghana, in 2009.

He said these sometime last year after Gold Star Biofuels, a subsidiary of Ghana based Gold Star Farms Ltd, had formed a joint venture with Aiken, S.C.-based USFuelTech LLC, a provider of turnkey modular biodiesel production facilities, to design and build small biodiesel plants in Chile that will use locally cultivated Jatropha as a feedstock.

The claim that the company is planting a strain which produces yields in two years is doubtful as the experience in India has shown. In the India experiment 22 agribusiness colleges were involved, and their reports were unanimous – it takes about four to five years for Jatropha plants to yield.

And D1 Oils a British company, which was involved in a large scale Jatropha project in India believes that it will be at least an eight-year wait before varieties with good yields on wastelands are developed. Even D1’s E1 variety is not yet available in sufficient quantities, a report in the Naional, an Abu Dhabi publication has said. D1 Oils is one of the companies operating in Ghana.

The claim that Jatropha grows on marginal or wastelands is also questionable. It has been asserted by researchers in India that if planted on marginal land, the plant would only yield marginally. In other words, Jatropha would yield efficiently when planted on arable land, making it compete with land for food crops which is the contention of opponents of the Jatropha promoters.

Professor RR Shah of Navsari Agricultural University was quoted by the National as saying that “the literature said that with dry land, after four years’ growth, you can get a yield of 1kg per plant. For us, it is hardly 200g per plant.”

Someone who said he is an agronomist said in a comment on an earlier article on Jatropha on ghanabusinessnews.com that he had told proponents of largescale Jatropha on marginal land that every plant needs irrigation and fertile soil to grow well and produce high yields, and so is Jatropha.

He further argues that the claim that Jatropha can give high yields on waste lands has not yet fully been investigated.

He further made an interesting observation; he said, “moreover, from an agriculture point of view, adding mineral fertilizers in a soil containing less organic matter induces a loss of fertility!”

The cost of cultivation

The cost of cultivating Jatropha from all indications is high. As one investor has said, the

cost of cultivating 10,000 hectares of Jatropha is US$14 million, and that excludes irrigation and does not include processing for the extraction of the oil.

And according to the UN, harvesting Jatropha requires one worker for every one acre of land.

The cost of fossil fuel as against biofuel

The cost of producing biofuels, would make much reason in as much as the cost of fossil fuels remain high. But when prices come down, it makes little economic sense to continue to invest in biofuels, even though, it is also being argued that biofuels are more useful to the environment, or is it not?

NGOs, such as FoodSPAN, Action Aid and lately Friends of the Earth have been making calls for rationalization of the biofuels sector in Ghana and other African countries. But these NGOs have been accused of raising false alarm. It is being argued that NGOs need donor money to survive and the only way they get sponsorship for their activities is to make noise about a situation and make it look bad, even though, the case might not be so.

FoodSPAN and Action Aid are claiming that arable land is being taken away from poor farmers in the northern part of Ghana for the cultivation of Jatropha for the production of biofuels. These activities they claim is further pushing these poor farmers into deeper poverty and hunger and leading to further deforestation which also has consequences for the environment.

Their alibi is that they are providing jobs for local farmers and building local communities with their investments. They insist their activities are not in anyway harmful to local farming activities, but rather a blessing.

But as events stand now, Ghana certainly is in a Jatropha conundrum, which only more clearer, convincing answers can resolve.

2009-05-30
Emmanuel Dogbevi
Previous Update: Any lessons for Ghana in India’s jatropha failure?
Next Firefox faces new challengers as 3.5 is launched