Home / Entertainment / Kubolor: I could have been a computer scientist or administrator

Kubolor: I could have been a computer scientist or administrator

January 24, 2009 Entertainment Comments Off on Kubolor: I could have been a computer scientist or administrator 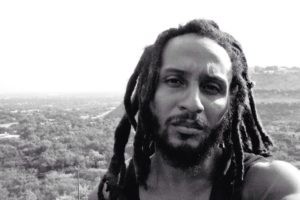 He says he could have been a computer scientist or studied for a degree in business administration, but ended up in music.

He was born Emmanuel Owusu-Bonsu in Romania, lived in about 10 communities in Accra and studied in Ghana at North Ridge Lyceum and Christ the King.  He attended Adisadel College from where he went to Texas in the US and studied in College for three years.

After living in the States for seven years, he returned to Ghana.

“I couldn’t live in the States because of immigration issues,” he says.

He is now called Wanlov the Kubolor. Kubolor is the Ga word for vagabond.

He is easily identifiable because of his unique fashion sense. He wears a T-shirt, with a piece of mud cloth wrapped around his waist, and wearing a dreadlock he walks around barefooted.

Speaking in an exclusive interview with ghanabusinessnews.com, Kubolor shared insights into his life, music and the music industry in Ghana.

Kubolor who released his first album “Green Card” in 2007 in the US, told us how he got into music. “I love music. When I was growing up, my father was a collector and my mother was surrounded by music,” he said.

But before he got into music as a business, he played basketball. “When I was in the States, I played basketball more, and then I started wondering if I wanted to study computer science or business administration,” he said. He opted for music.

Wanlov the Kubolor plays a unique music he calls “Pidgin” music. When we asked him why “Pidgin”? He answered, “to me Pidgin is the right language. It is the everyday person’s language. Whether the person is a carpenter or all the way to a bank teller or managing director, everybody speaks Pidgin.”

Like all other musicians in the country, Wanlov told ghanabusinessnews.com that it is hard to monitor how one’s music is doing on the Ghanaian market. “It is hard to get distributors and hard to get all the kind of money required to market and advertise your music and therefore, it is hard to sell as much as one could,” he said.

But for these challenges, he said his music could have done better on the market.

“I sell my music hand-to-hand,” he told ghanabusinessnews.com. He said he sells his music whenever he has a show and on the streets.

“I also sell on iTunes,” he revealed.

In his view, the people who call themselves music distributors in Ghana are not. “They are just warehouses,” he said, “because distributors do not store the music but move around to distribute to shops who sell.”

Wanlov’s frustration with the music industry in Ghana is the same for even some of the well established musicians in the country.

“Even the Nigerians have come into the country and overtaken us,” he lamented. “They are even marketing their products here more efficiently than we are,” he said.

He was however quick to add that “we have no excuse, you know, because we are now connected to the internet, and we have telephones and so on. We could use these technologies to promote our music.”

Adding, “I think the problem again is because we don’t believe in ourselves.” He cited the fact that Ghanaian radio presenters play a lot more foreign music than they play Ghanaian music. And he attributes that to the vestiges of colonialism. “When the Europeans came into our country, they demonized everything we had. They even said our drums were demonic, but now they turn around and send their children down here to come and learn how to play our drums,” he said.

As a result of these, he said the Ghanaian has been taught to look down upon what is Ghanaian and value products from other countries. “Our radio DJs play more foreign music than they do Ghanaian music,” he pointed out.

These factors, Wanlov says, have affected the promotion of local Ghanaian music which eventually has affected its marketing, promotion and sales.

He suggested that Ghanaian music can be used to promote Ghana through tourism. “When investors come to Ghana for business, they would also want to have emotional connection with the country, and there is no better way than Ghanaian music.”

He gave the example of Jamaicans and how they have used reggae music to promote their country. “You hear Jamaica and reggae music comes to mind,” he stated.

Wanlov also expressed his disappointment with Ghanaian fashion. He says the choice of clothing by Ghanaians does not help the textile and fashion industry in Ghana.

“You see some Ghanaians wearing a dress that looks American but might have been produced in China. We don’t patronize Ghanaian fashion products and that is affecting the growth of Ghanaian fashion and textile industries.”

Wanlov the Kubolor, is certainly a revelation, a music prodigy that is not so hard to miss wherever he shows up. It is impossible to miss his music when one hears it because he is the only one who plays “Pidgin” music and he is the only one who wears a dreadlock, wears a T-shirt, wraps a piece of mud cloth around his waist and walks barefooted. 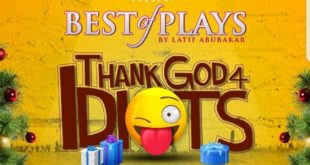 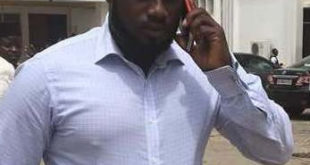 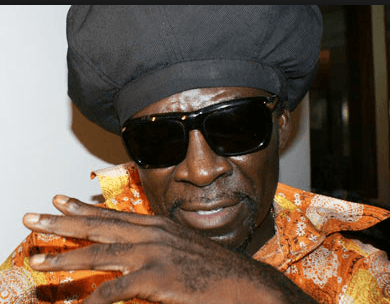