December 16, 2008 Feature Articles Comments Off on Ghana’s financial market – need to open up

Ever since the Bank of Ghana (BoG) set up the Ghana Inter-bank Payment and Settlement System Ltd (GhIPSS), the question has been asked several times over whether it was healthy to encourage the Bank of Ghana to become an active player in the market which it regulated.

The primary business, and for that matter, the purpose for setting up GhIPSS is to establish an inter-bank switch which would solve the perennial problems associated with inter-bank settlements. As may be the case elsewhere, the operative idea has been for all the banks in the local financial sector to tap into this subsidiary in a coordinated form of joint ownership.

But whereas this scheme may be commended as a progressive innovation expected to streamline the bulk of inter-bank dealings, one notices with great concern, that GhIPSS has essentially gone several steps further than may be technically healthy for the industry, by introducing its own biometric ATMs and the Smartcard.

Industry players say GhIPPS’ recent intentions of prying into the cell phone payments business was even the more worrisome.

These being purely retail banking businesses, their exclusive introduction into the local market by GhIPSS, which is essentially an inter-bank payment and settlement platform, is being frowned upon by some private financial institutions and entrepreneurs as being restrictive and retrogressive.

At the core of this concern is the fact that rather than the banks co-owning GhIPSS as is the normal practice in most of the free economies, the platform is fully and exclusively owned by the Central Bank of Ghana.

Industry sources say by promoting the use of the biometric-based ATMs and Point of Sales systems, GhIPPS’s is likely to undermine the initiatives of other electronic banking software companies and kill entrepreneurial initiatives.

This is not to undervalue the importance and necessity of the products and services in contention, such as the E-zwich. Indeed, the Central Bank and the Governor, Dr Paul Acquah, deserve some commendation for their impressive performances over the past few years.

“All banks will be required to be members of GhIPSS either directly or through member banks. Banks that wish to have direct access to the settlement system will have to be members of the National Switch and Biometric Smartcard, ACH, RTGS, etc.,” the Central Bank’s Secretary, Mr James A. Osei said.

The Bank of Ghana also announced that as part of the reforms of the National Payment and Settlements System, it had in collaboration with the Ghana Association of Bankers, introduced the National Switch (EZWICH) to create a common platform for banks and savings and loans companies; and Biometric Smartcard (E-Zwich Smartcard), “a new very secure way of paying for goods and services for all Ghanaians online and offline”.

The Central Bank further announced that to facilitate the smooth implementation of the E-Zwich systems, banks (including rural banks) and savings and loans companies were to integrate all existing switches into the E-Zwich; issue E-Zwich smartcards to each individual personal customer; Deploy E-Zwich teller devices at all branches and agencies; deploy E-Zwich compatible Point of Sale (POS) devices at all existing and future acquired merchant outlets.

“Banks and savings and loans companies without switches, ATMs or POS devices shall acquire them and ensure that new payment terminals (ATM, POS, etc.) purchased are integrated directly into the National Switch or through an E-Zwich compatible switch.

“Existing ATMs and POS devices installed by banks shall be upgraded to meet the E-Zwich standards or be replaced with E-Zwich compatible ATM or POS devices.

However, industry sources point out: “The development is unhealthy for older players in the electronic payment market and for new companies which may want to go in that direction. The companies cannot compete and there are fears that some of them have already been taken out of the market,” an industry source said.

Stakeholders say GHIPSS must purely revert to its role as a regulator and should simply desist from competing with other electronic banking solutions providers in the country because of its mandate to set the rules and standard for infrastructure compatibility.

“The inside knowledge of the technical specifications and standards put GHIPPS two steps ahead of other competitors, who may want to venture into providing electronic payment solutions. The other companies will simply be left in the cold once they might not have an inkling of an idea as to the specifications and it also narrows institutions’ ability to explore the market for cost advantages,” another industry source said.

Others also question the drift of GhIPPS towards a purely profit-making interest rather than a focus on regulatory matters as depicted in active promotion of smartcard, ATM and the intended move to the domain of mobile banking.

There is no doubt that for many observers of the financial sector, including even the most critical players in the industry, the Central Bank’s creation of GhIPSS and the subsequent introduction of the smartcard are timely and commendable interventions.

The misgivings and suspicions then appear to stem directly from the perception that there is a gradual but functional drift towards monopolistic tendencies on the part of GhIPSS and the retail businesses in which it is currently engaged.

Some symbolically describe the Central Bank, GhIPSS and the Smartcard as an “unholy trinity” in which the Central Bank, an independent entity regulating the financial sector, has suddenly become an ardent player in the sector over which it exercises control.

Among the questions currently making the rounds in the financial sector is the issue of whether or not it is healthy for the Central Bank, being the regulator of the monetary sector, to become a dominant player in an industry which it controls.

By setting up a profit oriented institution like GhIPSS and remaining the sole shareholder of that company, most people may be right to wonder whether the Central Bank’s focus as an industry regulator has not been compromised.

The key contention over the so called “unholy trinity” is that we have a governing authority (the Central Bank) setting up in GhIPSS, a market referee which the Bank fully and solely owns and controls; then the Bank now commits itself to actually participating in business through various retail instruments such as the Smartcard, the biometric ATMs (E-zwich) and, as GhIPSS has already indicated, may soon be entering the mobile payment business.

A banker, who is so passionate about this development, dismisses it as being constrictive and rather unsupportive of what Ghanaians really need for their local financial sector: diversity, dynamism and rapid expansion.

Speaking from the standpoint of a concerned industry operator, he repeatedly cited this strange analogy between Ghana’s current financial market and the World Cup soccer tournament.

He says: “Just imagine that at the next world cup, FIFA, the soccer governing body, suddenly announces a new set of rules, sets up a special task force of umpires to referee the games and then proceeds to form its own ‘dream’ team to play in the tournament!

“The rules of the game would have been set by FIFA, enforced by FIFA through its special referees, for a game in which FIFA itself would be no less a player than any of the competing national teams. At best, the tournament would go down in history as the dowdiest and most flawed edition, but at worst, it would completely destroy the spirit and essence of the tournament and prevent the development of new talents. The beautiful game suffers!”

Indeed, another nagging issue raised by the Central Bank which becomes so actively embroiled in the open retail arena (as both referee and a player) is that, while its regulatory status is clearly compromised, there appears to be nobody left on the turf to, literally, “police the policeman”.

GhIPSS, which the Central Bank, has so avidly touted as an “independent entity” stands out more as the CB’s regulator, executor and advisor on the electronic payment space.

During the creation of GhIPSS, the Central Bank placed all its related services and procedures on a national scale, making it difficult to detach it from the Central Bank.

Given this intimate relationship and also given the fact that the POS and Smartcard are all Central Bank products, it becomes very difficult not to recognize the sudden emergence of a new monopoly on the financial market.

Experts seem to have observed that GhIPSS’ virtual monopoly of the retail market is already crippling and crowding-out the older players in the market. Much worse, perhaps, is the perception that the Central Bank is furtively resisting any attempts by private entities to launch similar products onto the market.

The Central Bank’s biggest argument for going “solo”, in the wake of the introduction of E-Zwich was that local entrepreneurs had not proven themselves innovative enough to deal in these products and services.

Today, industry observers marvel over why a Central Bank could cut off the very class of entrepreneurs and professionals who are in the best position to assist local banks to deliver these services more effectively.

It may be recalled that well ahead of the launch of E-zwich, companies like Corenett and SwichGate International were among the main providers of switches and ATMs for the various banks.

Since the introduction of E-zwich, such services appear to have immediately become no-go zones, virtually knocking these companies out of business.

One would have expected that their products and related services would have been phased out over an extended period. In any case, since the E-zwich platform is proprietary and necessarily compliant to Eurocard, Mastercard and Visa (EMV) one cannot but wonder why the E-zwich and the ATMs cannot be allowed to run concurrently.

In most parts of the world, including many developing markets like ours, various systems, processes and even payment instruments are allowed to run concurrently with national switches.

Why then would a buoyant and forward-looking financial market like ours be left (or even be allowed) to hang on to a closed system with monopolistic tendencies?

There are concerns in the industry as to why the inter-bank switch or clearing house has still not been completed, with claims that the Central Bank’s focus has totally “switched” from the badly needed inter-bank platform to the business of Smartcard and ATMs and soon could be extending to the mobile payments space.

The point must be emphasized, that the purpose of this piece is hardly to undervalue the importance and necessity of the products and services in contention, such as the E-zwich. As a matter of fact, this Writer shares the popular view that the Central Bank and its Governor deserve some commendation for their impressive performances over the past few years.

It is the handling of the E-zwich which seems to stand out as a huge blot on what many might be described as an enviable legacy of fiscal achievements.

Nevertheless, on account of all the foregoing, if the necessary steps were taken to ensure that the system were flexible, fair, market-sensitive and were guided by a transparent set of rules and regulations, they could claim even greater glories in facilitating the transformation of the financial sector into a dynamic component of Ghana’s engine of growth.

Whichever way one looks at it, the solution seems to rest squarely with the Central Bank and its commitment to making the financial sector more vibrant and responsive to national needs. 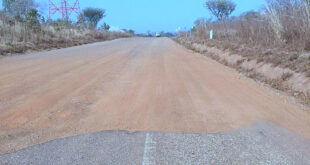 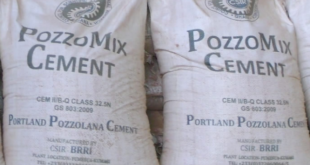 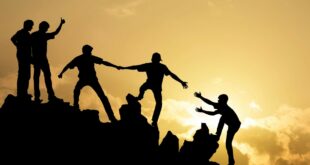