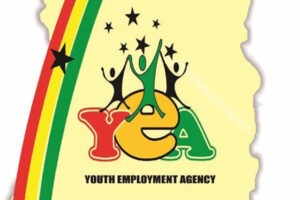 Alhaji Bashiru Ibrahim, Deputy Chief Executive Officer, in charge of Operations, Youth Employment Agency (YEA) has announced a 40 per cent increment in the allowances of Community Protection Assistants in the country.

He said government also made available resources to ensure that payment of allowances was done timeously adding, “To whom much is given, much is expected.”

The CPAs during the one-week intensive training were taken through several subjects, namely, Criminal law, Criminal Procedure, Criminal Investigations and Preservation of Evidence, Human Rights, Domestic Violence, Ethics and Code Conduct for Law Enforcement officials, Child trafficking among others. The CPA were drawn from the Greater Accra, Central and Western Region.

Alhaji Ibrahim said by the end of the year 2023, government aims at creating 35,700 jobs and urged the CPAs to be good ambassadors of the YEA and the Ghana Police Service.

He recalled that two months ago the 6,000 Community Health Workers were dispatched to the various health facilities in the country while over 2,000 Prison Officers Assistants would pass out next week at the Ankaful.

According to him 3,000 personnel would also be recruited by the Ghana Fire Service adding, the YEA had also signed Memorandum of Understanding (MOU) with Ekumfi Juice Factory and the famous Komenda Sugar Factory in the Central Region, to employ some of the youth, adding that in Ghana’s difficult times government believed that the youth should not be left out.

The Deputy Chief Executive Officer tasked the CPAs to desist from abrogating themselves with titles within the Ghana Police Service stressing that, those behaviours were unacceptable, criminal, and insulting.

He tasked them to contribute their quota to the development of the country by assisting the Ghana Police Service in its crime prevention at the community level.

Chief Supt. Okanta therefore urged the graduating CPAs to be always disciplined and endeavour to be civil in their dealings with the public adding, “you are obligated to comply with the very laws you are to assist Police to enforce.

You should respect and protect human dignity and maintaining and upholding human rights of all persons you will come across while performing your duties as CPA personnel.”

Chief Supt. Okanta reminded the CPAs of the vision and mandate of the Ghana Police Service in ensuring that services were delivered in planned, democratic, protective, and peaceful manner in line with international best practices.

“Therefore, in the face of scorn or ridicule you are to maintain your calms and always ensure that whatever you do as CPA is legal, professional, official and conforms to international best practices.”

He reiterated the change in thinking in the various police training schools, adding the CPA’s had been equipped with the modern way of training and urged them to assist the Police to achieve its mandate of ensuring law and order.

Chief Supt. Okanta entreated public to cooperate with the CPA personnel and the Police by furnishing them the necessary information which would assist the Police in arresting criminals and miscreants who try to disturb the peace of larger majority in Ghana’s democratic dispensation.

“It is important to state that Policing is a shared responsibility. All stakeholders and opinion leaders in our communities should form partnerships with their local Police Supervisors and plan to address security challenges in their respective communities as expected.