According to analysis by Allied Market Research, cocoa is used in the manufacture of different products such as cocoa liquor, cocoa butter, and cocoa powder which are widely used for making confections, used as flavouring in beverages, toppings in different foods, and as fillings in bakery. Cocoa is also used in cosmetics, healthcare, pharmaceuticals and nutraceuticals industry as flavoring and coloring agents.

Additionally, cocoa is used to manufacture toiletries because of its aroma and flavour. The wide and growing application of cocoa in different industries is believed to be one of the significant factors responsible for propelling the global cocoa market during the forecast period, it noted.

The chocolate industry alone is estimated to generate more than $100 billion a year. Ghana and Cote d’Ivoire are the world’s leading cocoa producing countries, but earn less than 6 per cent of that revenue. They produce about 2.35 million tonnes of cocoa, which is about 60 per cent of world production, but in 2017 the prices of cocoa at a 10-year low put pressure on their economies. In response to the low prices, the two countries have come together to strategise and figure out how to respond appropriately. 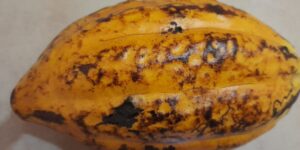 The projected growth of the market could be good for the two countries who boycotted meetings of the World Cocoa Foundation on cocoa sustainability in Brussels last week. The two countries accuse multinational chocolate companies and traders of blocking measures to improve cocoa farmers’ incomes.

“The 21 per cent rise in the producer price of cocoa is a testament to government’s resolve to ensure farmers earn a decent income and make cocoa farming lucrative,” the Agriculture Minister, Owusu Afriyie Akoto announced.

Ghana to assume Presidency of UN Security Council on November 1