TOR to use condensate in formulation of premix fuel 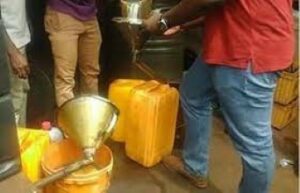 The Tema Oil Refinery (TOR) will by the end of 2022 commence the formulation of premix fuel using condensate, a by-product from the Atuabo Gas Plant instead of gasoline.

Premix fuel is a purpose-made fuel for artisanal fisher folks who use outboard motors in the marine and inland fisheries sector.

Research and testing have been completed by institutions, including TOR, Ghana Standards Authority and National Petroleum Authority (NPA).

Nana Abrokwa Asare, the Administrator at the Premix Secretariat, told the Ghana News Agency on Tuesday that the move would ensure regular supply of the premix fuel and reduce the government’s budget for the sector.

Government between 2014 – 2021 spent GH¢1.2 billion as subsidy on premix fuel to cushion fishermen across the country.

Subsidies given directly to Ghana’s marine artisanal fisheries have been identified as capacity-enhancing subsidies.

Nana Asare said: “Instead of always sourcing expensive petroleum products outside the country to formulate premix fuel, we are now going to use the condensate which is cheaper.”

Nana Asare said Cabinet had signed a memorandum to approve the commencement of the innovation to reduce cost of premix fuel.

“Just last week we had a meeting with the Ministry of Energy regarding the finalisation of an agreement with Ghana Gas Limited to supply the condensate to TOR, which has the facility to commence production,” he said.

Nana Asare stated that the surge in prices of petroleum products on the world market had increased the cost of subsidising premix fuel for fisherfolks.

He said the price of government subsidised premix fuel was GH¢10.20 but sold for GH¢60.00 in the open market.

“For about a month, we have not been able to supply premix fuel to fisherfolks due to some challenges. We are working towards getting supply for them in a few weeks,” he said.

Nana Kweigya, the President of the Canoe and Fishing Gear Owners Association of Ghana told the GNA that the non-availability of the premix fuel had rendered some fisherfolks idle.

“After the close season, some communities have not received supply at all. We have complained to the Chairman through our representative on the premix committee but the feedback we get is that they are working on it,” he said.

The President explained that the alternatives were for the fishermen to either buy two different fuel types and blend or procure from an informal source popularly called “black market”.

“The challenge with these substitutes is that it is very expensive. Prices of fuel have increased and fish catch has dwindled so economically it is not wise,” he said.

Between January 2017 and August 2021, about 407,740,500 litres of premix fuel was supplied to fishermen across the over 300 landing beaches in the fishing communities.

This translates into 30,203 trucks of premix fuel to landing beach committees across the country, each truck having a 13,500-litre capacity.

A study conducted by Rebecca Sackey-Mensah titled, “Fuel Subsidy In Ghana’s Marine Artisanal Fisheries Sector” recommended that overtime, adequate measures be put in place to stop premix fuel subsidy because it was unsustainable.

Ghana’s premix fuel subsidy was introduced in the early 1990’s as government’s social and economic intervention to help artisanal fishers.